Can this wearable help you quit smoking?

The Sagentia SmartStop pumps nicotine into your system at the exact time you're having a craving.

There are tons of wearables that are targeted at modifying your bad behavior. (I tried one of them, the Pavlok, to curb my eating habits at Thanksgiving dinner, to some success.) But these devices mainly work by making you more conscious of your bad habits, rather than by specifically targeting the habits themselves.

The Sagentia SmartStop, however, is a bit different. It’s a wearable smart band that helps you quit smoking by pumping nicotine directly into your system at the exact time that you’re craving a cigarette, so you won’t need to take an actual smoke break.

Launched by a U.K. design team in partnership with the Silicon Valley firm Chrono Therapeutics, the wearable is essentially a connected bracelet that delivers nicotine to your system 24/7, but increases the dosage at times when you’d typically step outside for a smoke break, so it’s tailored to your own habits. The bracelet is also connected to an app that provides real-time encouragement to help users quit smoking. 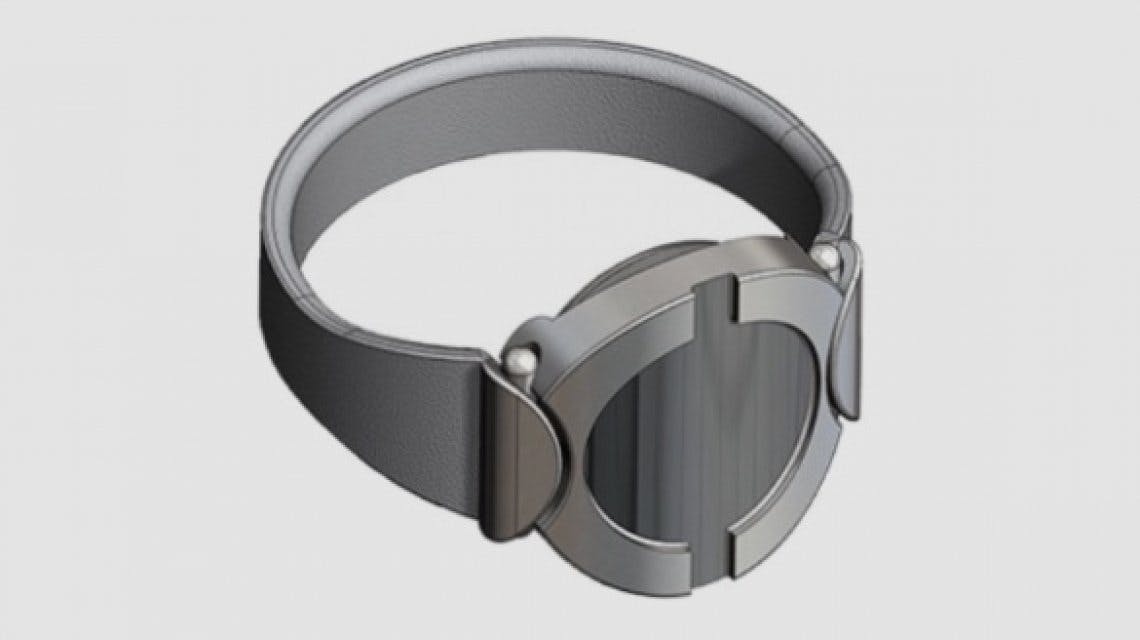 In this sense, the SmartStop differs from other smoking cessation methods like the patch or Nicorette, which do not come with a digital support system and typically only circulate small levels of nicotine throughout your system during the day. That’s why Alan Levy, the CEO of Chrono Therapeutics, sees the Sagentia as a game-changer in the smoking cessation industry.

“Smoking costs people their health and eventually their lives, but current technologies like nicotine gums and patches are not effective in enabling smokers to quit permanently because they do not address the cyclical nature of nicotine cravings and offer little to no behavioural support,” he said in a press release. “We believe we have a very compelling technology that will solve many of the problems that make smoking cessation so difficult.”

The Sagentia SmartStop is still in development, but one can already see a few potential issues with the technology. For one thing, the bracelet is designed to be worn 24/7, which puts a significant amount of pressure on its design: If you’re going to wear something all day, every day, that means it better be lightweight, non-obtrusive, and relatively attractive.

Additionally, as a former smoker myself, I can attest that the most powerful smoking triggers are psychological rather than physiological in nature. So, for instance, if you’re trying to quit smoking and you typically have a cigarette with your coffee, the Sagentia SmartStop is going to do little to prevent you from reaching for your pack when you have your morning latte.

That said, considering how saturated the current wearables market is with ugly, impractical, and frankly useless novelty items, it’s refreshing to see someone developing a device that can significantly improve users’ health. Clearly, there’s a market for it.