The future is now... on Windows.

A universal translator has long been the stuff of science fiction, but the dream of converting dialogue from one language to another in real time just got a lot closer. Microsoft’s Skype Translator has been in closed testing for months now, but it’s now available for anyone who wants to help shape the future of inter-language communication.

The translator works in much the same way as the fictional sci-fi versions always have: Just speak clearly and the app detects your speech, converts it via speedy translation software, and the resulting words are then played for the recipient using text-to-speech software. For now, the spoken translator is limited to English, Spanish, Italian, and Mandarin, though more languages are in the works. 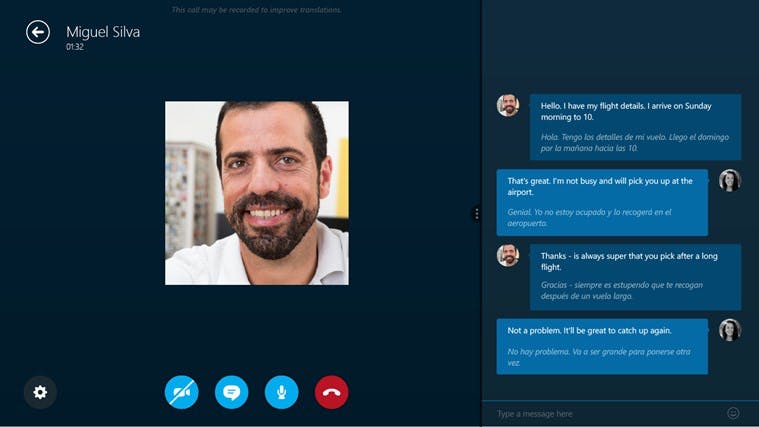 The process isn’t perfectly real-time, as there is a short delay while the program makes the translations and then reads it out, but it’s close. Considering the preview chat version is capable of deciphering 50 or more different languages and converting them to any other, it’s a seriously impressive feat.

In order to experience the Skype Translator preview you’ll need a Windows computer running Windows 8.1. If you have that, you can head over to the Windows app store and download it right now for no charge.

H/T The Verge | Screenshot via Microsoft