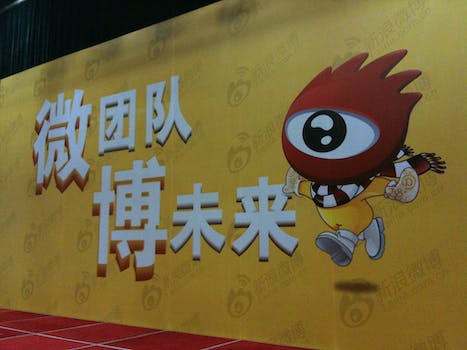 Sina Weibo's new user contract will forbid any information that "promotes cults and superstitions," among other things.

Chinese microblogging site Sina Weibo is struggling to keep up with the demands of Chinese government censors—a failure it says could bring down the site entirely. Now it’s hoping a new user contract, which enrolls members of the public in censorship enforcement, can help placate its critics in Beijing.

The contract, spotted by The Next Web’s Chad Catacchio, is currently in a trial phase but will be applied across the site on May 28. Its implementation will apparently depend on what’s been translated as a “community committee,” which will include members of the Sina Weibo public who monitor and report bad behavior to the corporation. It sounds kind of like a digital neighborhood watch, looking out for anything that worries the authoritarian regime.

A group of anonymous translators created an English version of the document, available here. The contract provides a broad window for us to view the wide range of content the government finds objectionable. Article 13 is by far the most revealing, as it lists out one-by-one a broad range of censorship-worthy content. It forbids users from publishing any information that:

Sina has come under increasing pressure and criticism from Beijing in recent months, as it has failed to fully implement a government-mandated real-name registration system. It also played a key role in spreading rumors of a coup attempt in Beijing. As punishment, Sina was forced to close its comments sections entirely for three days at the end of March.

In April, the company suggested it may have to close shop entirely unless it can find a way to keep up with the demands of Beijing’s censors. This user contract may be a desperate attempt to do just that.