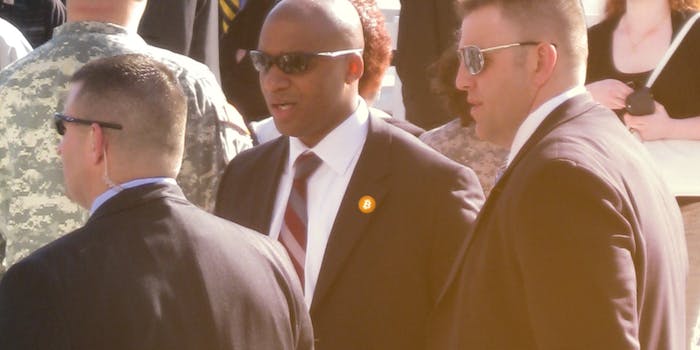 It's a Deep Web spin on the classic tale of a cop gone corrupt.

Another federal agent who helped bring down the online black market Silk Road has pleaded guilty to stealing and laundering users’ bitcoins.

This time it’s the Secret Service’s Shaun Bridges, who admitted to taking enough of the digital currency to cash out at $820,000.

Bridges, 32, was a member of the Electronic Crimes Task Force. That division was part of the circus trial against programmer Ross Ulbricht, who admitted in January that he’d created the Silk Road but denies playing a large hand in its operation. A court found otherwise, and Ulbricht is currently serving two life sentences for charges that include drug trafficking, money laundering, and hacking.

According to the plea bargain he signed, Bridges’s crime was a Deep Web spin on the classic tale of a cop gone corrupt. In Jan. 2013, as part of his investigation, he went undercover with administrator access to the site. He changed users’ passwords and transferred an approximate 20,000 bitcoins into his own wallet—worth around $350,000 at the time, and more than $4.6 million today. Two months later, he used the now-defunct Bitcoin trading service Mt. Gox—whose CEO, Mark Karpeles, was once rumored to be the mastermind behind the Silk Road—to cash out $820,000 into personal accounts in the U.S.

According to the U.S. Department of Justice, Bridges “admitted that he made multiple false and misleading statements to investigators.” Joshua Dratel, Ulbricht’s lead defense lawyer, had previously told the Daily Dot that he hoped Bridges’s guilty plea, as well as that of the Drug Enforcement Agency’s Carl Force, who admitted to taking more than $400,000 in Bitcoin, could help Ulbricht’s chances of getting a reduced sentence on appeal.

Bridges’s sentencing is scheduled for Dec. 7.