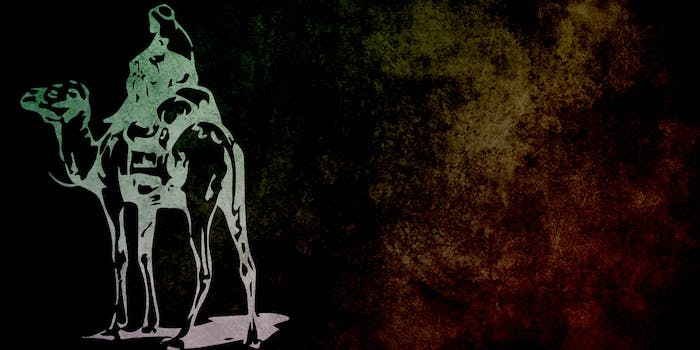 But his fight is not yet over.

A federal judge sentenced Ross Ulbricht to life in prison today in New York City for his role as the mastermind of Silk Road, once the largest online black market for illegal drugs on the Internet.

Silk Road, which ran from January 2011 to October 2013 before the FBI seized the site and its assets, was an anonymous marketplace used to sell illegal goods, the vast majority of which were drugs, including heroin, methamphetamine, MDMA, LSD, and others. The website hid the location of itself and its users by utilizing the Tor anonymity network, privacy software developed and funded in part by the U.S. government that’s used by police, criminals, journalists, soldiers, and activists worldwide.

Prior to sentencing, Ulbricht, clearly upset, apologized for any lives ruined by overdoses caused by drugs purchased off of Silk Road. “I never wanted that to happen,” he said, adding, “I wish I could go back and convince myself to take a different path.”

Sales on Silk Road were entirely conducted in Bitcoin. From February 2011 through July 2013, Ulbricht and other Silk Road staffers collected 614,305 bitcoins, or $145,516,568.40 at today’s exchange rate, in commissions from sales on the site, according to the U.S. Department of Justice. At the time of Ulbricht’s arrest, the total Silk Road commissions were worth just under $80 million.

In a memo to the court, U.S. prosecutors said Ulbricht owes the government $183,961,921 based on the total number of transactions on Silk Road.

Ulbricht’s defense team has repeatedly promised an appeal, meaning this saga is far from over. Years after Ulbricht’s 2013 arrest, many questions remain about the police investigation including how they found Silk Road’s servers and whether police violated the law in doing so.

Federal prosecutors have continuously pushed for harsh sentencing beyond the minimum 20 years against Ulbricht in order to “send a message” to other Dark Net criminals.

“Ulbricht’s conviction is the first of its kind, and his sentencing is being closely watched,” the prosecution wrote in a letter to Judge Katherine Forrest. “The Court thus has an opportunity to send a clear message to anyone tempted to follow his example that the operation of these illegal enterprises comes with severe consequences.”

Ulbricht and his defense team have pushed in the other direction, arguing that Silk Road reduced the dangers of drug use.

“In contrast to the government’s portrayal of the Silk Road website as a more dangerous version of a traditional drug marketplace, in fact the Silk Road website was in many respects the most responsible such marketplace in history, and consciously and deliberately included recognized harm-reduction measures, including access to physician counseling,” Joshua Dratel, Ulbricht’s lead defense attorney, wrote to the court. “In addition, transactions on the Silk Road website were significantly safer than traditional illegal drug purchases, and included quality-control and accountability features that made purchasers substantially safer than they were when purchasing drugs in a conventional manner.”

Ulbricht also wrote a personal letter to judge Katherine Forrest in which he pleaded with her to “leave a light at the end of the tunnel” with sentencing that does not take away the rest of his life.

“I know you must take away my middle years, but please leave me my old age,” Ulbricht, now 31, wrote. “Please leave a small light at the end of the tunnel, an excuse to stay healthy, an excuse to dream of better days ahead, and a chance to redeem myself before I meet my maker.”

Despite Ulbricht’s arrest and the turbulence experienced on the Dark Net ever since, similar black markets grew 37 percent in the last year.