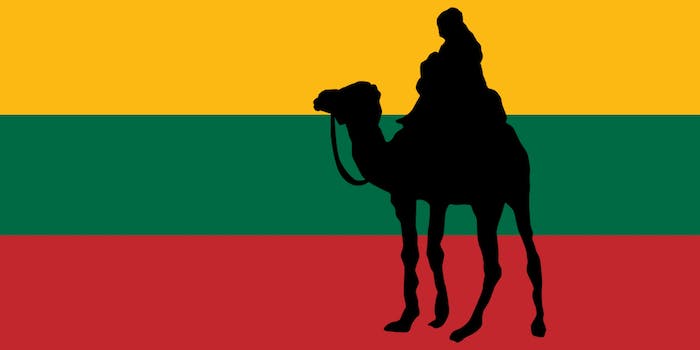 We're starting to get a clearer picture of how things worked.

The servers of illicit deep-web marketplace Silk Road 2.0 were located in Lithuania, according to local news reports.

The most high-profile of these closures was Silk Road 2.0, an anonymous marketplace selling drugs and other contraband. In addition to shutting down the service, authorities also arrested its alleged administrator, Blake Benthall. The 26-year-old Texan is a devout Christian, a former SpaceX employee, and a libertarian Bitcoin enthusiast, his friends told the Daily Dot. His girlfriend’s Facebook posts strongly indicate that he has confessed.

One of the biggest remaining questions about Silk Road 2.0 is where its servers were located. The answer will have repercussions for the security of the entire Dark Net. Some allege that authorities used a controversial and potentially illegal technique known as “parallel reconstruction” to shut down the service. Others believe that the entire Tor network may be fatally compromised.

The FBI claims that it had an undercover agent on the staff of Silk Road 2.0 from the very beginning. Whether or not this is true, and regardless of how they ultimately located the servers, one thing is now clear: Those servers were located in Lithuania.

The servers must have been discovered by May 2014: That month, the FBI worked with Lithuanian authorities to temporarily take them offline, and clone a copy of the data. During this time, the administrator “Defcon” had a “mild panic attack,” Wired reports. There was a good reason for this: The FBI’s criminal complaint alleges that Defcon, a.k.a. Blake Benthall, made no real attempt to hide his identity, registering the servers to the email address [email protected]

With that information in hand, federal authorities quickly moved on Benthall, arresting him at gunpoint outside his San Francisco home on Wednesday, Nov. 5—almost a year to the day after the closure of first Silk Road. If he is found guilty on charges ranging from criminal conspiracy to conspiring to commit narcotics trafficking, Benthall faces decades, if not life, in prison.

The media has also identified two other individuals who were arrested in Operation Onymous: Neil Mannion and Richard O’Connor, both 33-year-old Irish men. They stand accused of possession of more than $20,000 worth of ecstasy.

Meanwhile, a third version of Silk Road has already sprung up, using identical branding as the previous two, and operated—once again—by an anonymous figure using the moniker “Dread Pirate Roberts.” A senior member of staff from Silk Road 2.0 is allegedly helping operate the latest iteration of the site, the Daily Dot has been told.