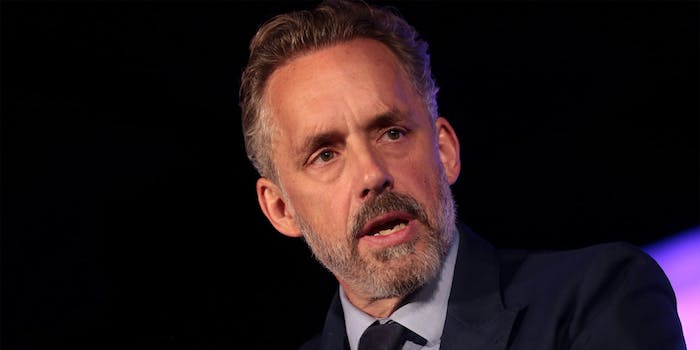 Staff at the venue felt 'uncomfortable' following the first showing of the documentary, which follows Peterson's rise to fame.

A New York City arts venue canceled a Monday screening of a new documentary following the rise in popularity of Canadian professor and clinical psychologist Jordan Peterson, stating that “some staff were feeling uncomfortable” after the film’s first screening.

The Rise of Jordan Peterson was to be shown at ShapeShifter Lab in Brooklyn on Monday afternoon.

Instead, an announcement was made via email by organizers and sent to those who had already purchased tickets to inform them of the venue’s last-minute decision and offer them a full refund.

“We’re really sorry everyone,” the email reads. “We’re quite disappointed, and a bit shocked that this happened again the first time being at a confirmed cinema in Toronto.”

Peterson, a professor at the University of Toronto, shot to fame during 2016 for his outspoken opposition to Canada’s Bill C-16 which added “gender expression and identity” to the country’s Human Rights Act list of protected grounds. Peterson argued that the bill threatened free speech by making the failure to use preferred pronouns a form of hate speech.

Since then, Peterson has gained a significant following and public interest for his critiques of political correctness and identity politics. He was interviewed on many popular podcasts, interviewed by mainstream news outlets around the world, and has led speaking tours across the U.S. In 2018, he also published his best-selling self-help book 12 Rules for Life.

In a statement issued Monday, the film’s producers criticized the decision to cancel the screening so soon before the event. “We sent the venue owners a link to the film a month ago so they had a chance to review it and to be aware of what they were getting into. Instead they went in blind and made a last-minute decision under the guise of accommodating both sides because they had already screened the film once, on October 3,” Holding Space Films wrote on its Facebook account.

Déjà vu. Our encore screening in New York today was cancelled because of staff complaints. We found out at 11pm last…

ShapeShifter Lab has not acknowledged the cancelation on any of its social media accounts.