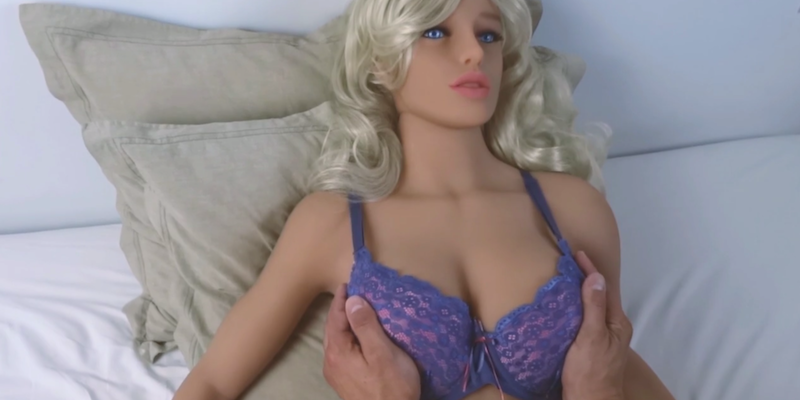 Controversial sex robot that can orgasm is now for sale

A sex robot that was built to become a member of your family is now for sale in the U.K.

The hyper-realistic toy named “Samantha” comes with a “sex mode” and “family mode.” When in sex mode, the robot uses its sensor-filled artificial G-spot to simulate an orgasm. When in family mode, Samantha’s AI can tell your kids jokes, rattle off philosophy, or provide motivational quotes. The sex robot is cold to the touch and uses a standard USB to charge.

This might sound like a disturbing sci-fi mishmash of Westworld and Her, but two sex shops in Britain are already selling the product for a whopping £3,500 ($4,713 USD). The Spanish company that created it, Synthea Amatus, claims it has sold 30 dolls worldwide so far and will reportedly begin work on a male version.

The doll first gained recognition when it appeared on ITV’s This Morning program.

Squire’s wife insisted she wasn’t threatened by Samantha, “Me, as a woman, I am not offended to have her around. I am not worried she will replace me. She is just someone there like a family member.” Squire did say his children often ask for Samantha when she isn’t around.

Sex robots have been around for years but haven’t, until recently, been a convincing substitute for human interaction and physical affection. Squire claims Samantha was meant to help lonely people or curious couples, not to replace women.

As experts and enthusiasts predict a booming future for the sex robot industry, certain groups are terrified of the effects it could have on society. One of those is the “Campaign Against Sex Robots,” an organization that says sex robots objectify women, reduce human empathy, and reinforce the human sex trade.

Joel Snell, an American research fellow at Kirkwood College, outlined the dangers of introducing robots into our sex lives, predicting people will feed their sexual addictions and become obsessed with the robots. They could even become better at sex than humans. Other researchers say robots could become victims of people’s rape fantasies.

Meanwhile, robot experts say human-robot marriage could be legalized by 2050.