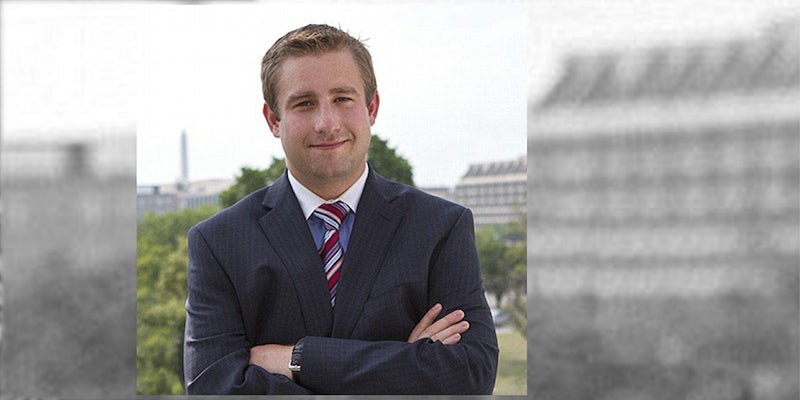 The hype wasn't worth it

On Tuesday afternoon, Washington D.C.-based attorney Jack Burkman held a press conference in the basement room of a Holiday Inn, promising “the biggest discovery to date” in the Seth Rich murder case. The previous day, Burkman, who has been investigating the Seth Rich case for over a year, sent an email to the press, pledging to “present a credible witness who has evidence that Seth’s murder was at the hands of two assailants intimately involved in the federal government.”

Burkman managed to wrangle reporters from the Daily Beast, Mother Jones, the Washington Post, the Daily Dot and Yahoo News for the event, which was billed as “a breakthrough news conference” in the subject line of the email. The press assembled in the room was largely wary of Burkman, who has been known to pull publicity stunts—last year he staged Rich’s murder in a video filmed in a DC bar.

Seth Rich died two years ago in the early morning hours of July 10, 2016. As the 27-year-old Democratic National Committee staffer was walking home from a bar in Washington D.C., he was shot twice in the back. The men who put those bullets in Seth’s back were never found—the case is one of 65 homicides from 2016 still open in the District of Columbia Metropolitan Police Department.

Police believe that he was the victim of a robbery-gone-wrong, but over the next several months, the death of Seth Rich became a conspiracy theory traded mostly by anonymous voices in the nastier holes of the internet.

The prevailing belief: Rich had information on Hillary Clinton that would lead to her downfall in the 2016 election and he gave that information (presumably emails) to WikiLeaks. Master shit-slinger and former Trump confidante Roger Stone got involved and pumped the conspiracy theory full of hot air, claiming that he had contacts with WikiLeaks and going on InfoWars, where Alex Jones spun the absurdities even further.

Eventually it channeled into the mainstream as Sean Hannity began connecting dots that were mostly just loaded terms like deep state and massive cover-up, using Rich as a buffer for the Trump administration’s own nefarious actions.

Seth Rich’s family sued Fox News and Hannity shut up. They penned an op-ed in the Washington Post begging the conservative media to stop using their son as a political football and calling the conspiracy theories “unspeakably cruel.” But Burkman and the internet sleuths trudged along, eventually their crusade led into this Holiday Inn in Arlington, Virginia.

Burkman teased to the press that the “witness” he was going to present may appear masked to safeguard his identity. Of course, Burkman’s smoking gun never showed, instead he called in on Burkman’s son-in-law’s iPhone. He was introduced as “Luke” and after claiming that he knew the two men behind Rich’s murder—saying that one was an ATF agent and the other a DEA agent—the floor opened to questions.

The gathered reporters almost immediately called bullshit on “Luke.” The first question was point blank and obvious: why should anyone believe what you’re saying? Luke groaned a lot and claimed to have taken a polygraph at some point for the House Intelligence Committee but this theory became even more absurd when he announced that the Secret Service administered the exam.

The conspiracy theorists spun their own tales and at some points even hijacked the press conference to test out new ideas—one woman asked “Luke” if perhaps Seth Rich was concealing a thumb drive with leaked DNC emails in his watch.

Unfortunately we didn’t learn much from “Luke.” He kept vaguely referring to the Russia connection. To the dismay of the conservatives in the room, he seemed to believe that Hillary Clinton had almost nothing to do with the murder; instead, it was all Rod Rosenstein’s doing. At one point he declared, “if [Rosenstein] was not the person who authorized it, he was certainly their protection on the other end.” He repeatedly described the two men behind Rich’s murder as “dumb” while suggesting that they were Rosenstein’s personal hitmen.

Because of the proximity to the 2016 election, Seth Rich’s story has unfortunately found its way into the annals of conspiracy lore. One thing that became clear during the Tuesday press conference was that the people who buy into the idea that Rich was murdered by Clinton lackeys or Rosenstein goons is that these are stories they are telling themselves in order to make sense of the world.

But it must be exhausting to see insidious shadows everywhere.