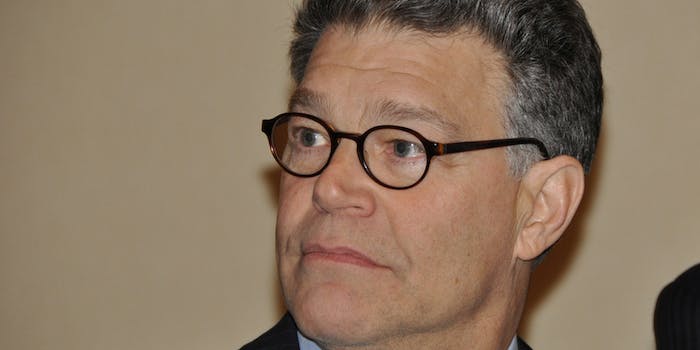 The battle for the soul of the Web heats up.

Democratic Sen. Al Franken of Minnesota is a funny guy, but when it comes to net neutrality, he doesn’t joke around. For years he has condemned court rulings that undermine the open Internet principle, arguing that it’s a First Amendment issue, comparable to the fight for freedom of speech or religion.

Now, you can do your part to keep the Web democratic by signing the distinguished senator’s petition to “save the Internet.”

The form letter—addressed to the Federal Communications Commission, which recently proposed a set of “Open Internet” rules that has many observers crying foul—spells out a simple position on the policy of allowing video and VoIP companies like Netflix and Skype pay service providers for faster broadband access to consumers:

FCC Chairman Tom Wheeler last week went on the defensive, insisting that the new plan, subject to a May 15 vote, would not mean the demise of the Internet as we know it. (See what dictating the terms of the debate can do?) Net neutrality, he wrote in a blog post, “has been discussed for a decade with no lasting results. Today, Internet Openness is being decided on an ad hoc basis by big companies. Further delay will only exacerbate this problem.”

Well, as long as we don’t give corporations an unfair advantage, right? Except that, with respect to the so-called “fast lanes,” Wheeler envisions “an Internet that offers innovators and edge providers the ability to offer new products and services.” Wonder who he’s talking about there.