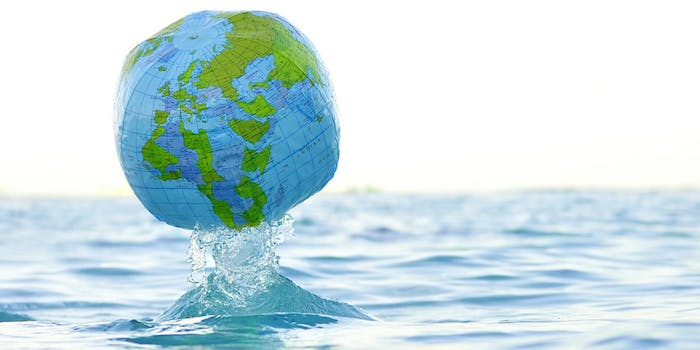 U.S. Senate to vote on whether climate change is real

It's a show vote, but it will have consequences.

Senate Democrats are salivating with glee at the prospect of an upcoming vote on the reality of climate change.

Republicans hate being called the anti-science party, but the fact is that far more of them deny the existence of man-made global warming and the theory of evolution than their counterparts across the aisle—hence, the Democrats’ enthusiasm for the climate-change vote.

The stage for votes that will please Democrats and anger Republicans was set immediately after the 2014 midterm election, when incoming Senate Majority Leader Mitch McConnell (R-Ky.) promised to allow Democrats to introduce any amendments they wanted. McConnell and the Republicans had long criticized Sen. Harry Reid (D-Nev.), the former majority leader, for using legislative maneuvers to block Republican amendments. The GOP wanted to force votes on things like upper-income tax breaks, which liberals would have to oppose at their peril, but Reid refused to let the votes proceed.

On Tuesday, Majority Leader McConnell reiterated his promise to let Democrats introduce amendments, saying, “We are not anxious to block anybody’s amendment, we are wide open. The Senate is out of practice here.” So Sen. Bernie Sanders (I-Vt.) took him up on his promise, introducing a climate-change amendment to the Senate’s upcoming bill authorizing the Keystone XL oil pipeline.

The amendment is short—barely two and a half pages—but its text and the results of the vote on it could have major implications in the 2016 presidential election.

Sanders’ amendment correctly points out that 99.99 percent of climate scientists agree that global warming is real and man-made. 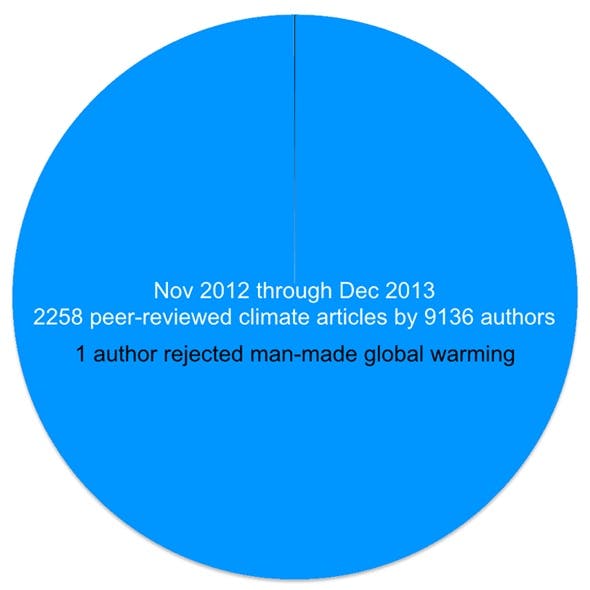 Overwhelming evidence aside, Republicans continue to deny and avoid the problem. “I’m not a scientist” has become the go-to technique for dodging the question, from Sen. McConnell to Sen. Marco Rubio (R-Fla.), a prospective presidential candidate and the new chairman of the Senate Subcommittee on Oceans, Atmosphere, Fisheries and Coast Guard.

Furthermore, a Center for American Progress survey of the recently concluded 113th Congress found that “90 percent of the Republican leadership in both House and Senate deny climate change.” That leadership has not shifted much in the new Congress. Additionally, 77 percent of House Science, Space, and Technology Committee Republicans denied climate change in the 113th Congress, as did 73 percent of House Energy and Commerce Committee Republicans.

The political context for Sen. Sanders’ climate-change amendment is clear from the Senate electoral map. In 2016, Republican senators will run for re-election in seven states that President Obama won twice: Florida, Illinois, Iowa, New Hampshire, Ohio, Pennsylvania, and Wisconsin. (In Florida, the senator running for re-election is Marco “I’m not a scientist” Rubio.) Sanders’ amendment will force these seven lawmakers to either commit conservative apostasy and acknowledge man-made global warming or appease their party’s base and jeopardize their re-election chances in what are decidedly purple states.

The Senate bill to approve the Keystone pipeline may represent a tricky spot for Senate Democrats, but Sanders’ amendment is a much larger and more immediate problem for Republicans who just gained a Senate majority and desperately want to preserve it.

“On this issue, the scientists have been virtually unanimous in saying that climate change is real, it is caused by human action, it is already causing devastating problems which will only get worse in the future and that we need to transform our energy system away from fossil fuel,” Sen. Sanders said in a statement. “Do members of Congress believe the scientists or not?”

Votes on the pipeline bill and its amendments, including Sanders’, are expected to begin next week.