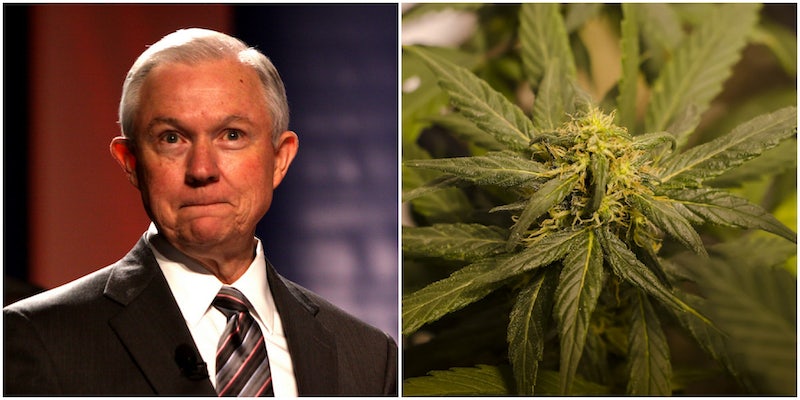 Sessions' plea to lawmakers went up in smoke.

The amendment would prevent the Department of Justice from using resources to prosecute medical marijuana patients and providers if they are following state law. A House of Representatives version of the bill has also been introduced.

The amendment comes as Sessions has taken a harsh stance on marijuana, which an increasing number of states have legalized for both medical and recreational use. Twenty-nine states currently have medical marijuana laws and a recent poll found 94 percent of voters support adults using marijuana legally for medicinal purposes.

In fact, Sessions wrote a letter to the committee not to pass the amendment last month, arguing that it would “restrict” the Department of Justice.

“I believe it would be unwise to restrict the discretion of the Department to fund particular prosecutions, particularly in the midst of an historic drug epidemic and potentially long-term uptick in violent crime,” Sessions wrote.

A task force Sessions created to review drug enforcement is expected to release findings soon, and he has rolled back sentencing guidelines that were enacted by former Attorney General Eric Holder, who stressed giving leeway to drug offenders.

Don Murphy, director of conservative outreach for the Marijuana Policy Project, a marijuana lobbying group, said the vote on Thursday was indicative of a larger trend occurring across the country.

“What was expected to be a very successful vote passed on an overwhelming voice vote, while opposition to the Leahy amendment was literally a whimper,” Murphy said in a statement. “That sound we heard in the Senate was the sound of a waving white flag as the federal war on medical marijuana patients and providers winds down.”