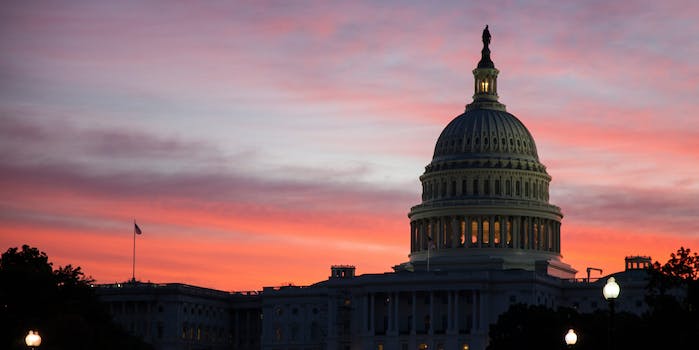 Reports that the U.S. Senate Intelligence Committee is conducting a “full blown” investigation into the Obama administration’s efforts to identify U.S. persons in classified reports are being overblown, Senate sources tell the Daily Dot.

Fox News reported on Wednesday that both the Republican-led House and Senate intelligence committees are now investigating whether the Obama White House improperly unmasked the names of Americans.

But the Senate committee has not seen any evidence that suggests wrongdoing on the part of Obama officials, Senate sources with knowledge of the committee’s hearings told the Daily Dot on Thursday. If the committee were presented with such evidence, it would, however, make every effort to investigate it, the sources said.

Fox News, citing unnamed Senate staffers, said the committee’s investigation would be expanded to include “whether presidential candidates were unmasked and information was misused.” The report also claimed that former National Security Adviser Susan Rice was now a key figure in the investigation.

So far, no evidence has been offered to show that the Obama administration did anything improper with regards to unmasking—a procedure that requires both the review and approval of high-ranking intelligence community members.

The term “unmasking” describes the process whereby U.S. officials ask an intelligence agency to unredact the names of Americans contained in classified foreign surveillance reports. White House staffers authorized to view the top secret report cannot unilaterally unmask the names themselves. Unmasking requests are reviewed by select intelligence officials, who first determine if the requester has proper clearance to view the intelligence, before deciding whether there is a reasonable basis for doing so.

The names of U.S. citizens are frequently swept up in the lawful surveillance of foreign targets. Typically, the names are masked using a generic pseudonym—”Person A,” for example—except in certain circumstances: If the Foreign Intelligence Surveillance Court has issued a warrant allowing the agency to surveil the American, for instance. The unintentional gathering of information about Americans not intentionally targeted by foreign surveillance is known as “incidental collection.”

Americans’ names may, however, be revealed through the unmasking process: If the information pertaining to them is already publicly known, for instance, or if the value of foreign surveillance is unclear because the name is obscured. Generally, reports containing the unmasked names of Americans are not widely circulated.

Last month, Rice was openly accused by Republicans—who did not offer any evidence—of improperly “unmasking” U.S. persons affiliated with the Trump campaign. The accusation stemmed from documents viewed by Rep. Devin Nunes, chairman of the House Intelligence Committee, which were shown to him by Trump administration attorneys, according to reports in the Washington Post and New York Times.

Rice has denied those accusations, pointing to the fact that, as Obama’s top security adviser, she did not have the authority herself to reveal the names of Americans in classified reports.

“The effort to ask for the identity of an American citizen is necessary to understand the importance of an intelligence report, in some instances,” Rice told MSNBC’s Andrea Mitchell. She also vehemently denied unmasking names for “any political purposes, to spy, expose, anything.”

Congressional intelligence sources, both Republicans and Democrats, told CNN on Tuesday that requests made by Rice were “normal and appropriate” for someone serving as the top security adviser to the president.

Another congressional source said there was “absolutely” no smoking gun in the reports viewed by Nunes and they urged the White House to declassify the reports “to make clear there was nothing alarming in the documents,” CNN reported.