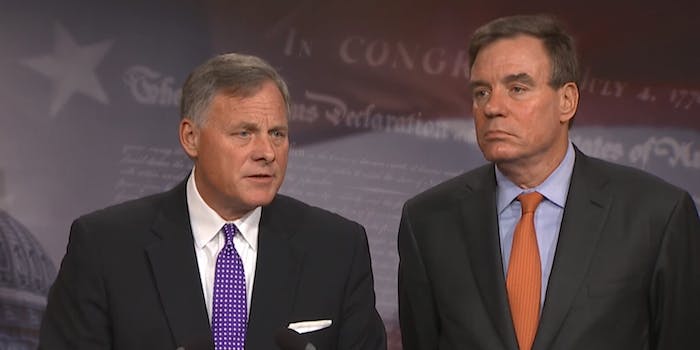 The report was released on Tuesday.

The Senate Intelligence Committee released a new report on Tuesday about Russia’s use of social media to sow discord among voters ahead of the 2016 election.

The report, the second of which that the committee has released, notes that the Internet Research Agency (IRA), a Russian troll farm, “sought to influence the 2016 U.S. presidential election by harming Hillary Clinton’s chances of success and supporting Donald Trump at the direction of the Kremlin.”

“This campaign sought to polarize Americans on the basis of societal, ideological, and racial differences, provoked real world events, and was part of a foreign government’s covert support of Russia’s favored candidate in the U.S. presidential election,” the report reads.

The report, citing an analysis, wrote that the two intentionally false stories during the run-up to the 2016 election that received the most engagement were ones that alleged Pope Francis endorsed Trump and that Hillary Clinton selling weapons to ISIS.

The report also notes that IRA accounts “increased” activity on social media after election day in 2016, including using left-leaning accounts that pushed hashtags like #Resist, #Impeach45, and #GunReformNow.

The report also calls for Congress to work better with social media companies, looking at “legislative approaches to ensuring Americans know the sources of online political advertisements,” and urges the White House to “reinforce with the public the danger of attempted foreign interference in the 2020 election,” among other things.

You can read all of the Senate Intelligence Committee’s report here.