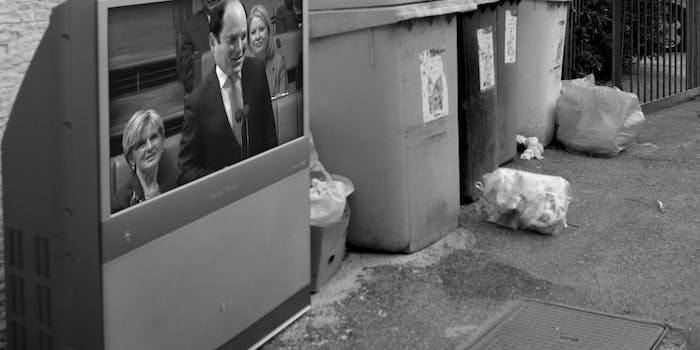 No one could ever accuse Australian politics of being boring. Charmingly low-key, perhaps—the woman who deposed our second-longest-serving prime minister stopped by each house on our entire street and left my absent mother a “very lovely note”—but always chock-full of hilarity.

Here, for example, is Tony Abbott, Australia’s current prime minister. Here he is again, sort of answering a journalist’s question. And here is the aforementioned former PM, John Howard, trying to bowl a cricket ball (for those unfamiliar with the sport, wait for the young chap at the end doing it correctly).

So it’s no surprise that the absurdity of Australia’s Federal Parliament is a good fit for the cast of Seinfeld. In Huw Parkinson’s new YouTube mashup, we get to see the whole gang back together again in a pastiche that gently mocks the current major players in Oz politics.

No major pre-reading is necessary for its enjoyment, although it wouldn’t hurt to know about the constantly tightening terrorism laws, one senator’s attempts to smuggle bombs into Parliament, and the nation’s tradition of name-calling among its politicians.

It’s certainly funny but truly not a jot on the real thing. We are, after all, talking about a country that once literally lost a prime minister in the ocean and then had the sense of humor to promptly name a swimming pool after him.