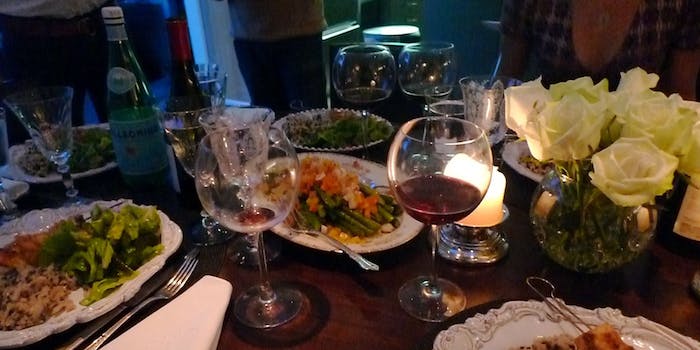 Clearly, the parties were illegal.

A series of secret dinner parties, some reportedly attended by government officials, have recently been held in Paris, sparking outrage among French citizens who are being asked to adhere to nationwide lockdown guidelines.

The New York Times, reporting on the phenomenon in an April 6 article, described the discovery of the dinners—with at least one featuring a menu of “champagne, foie gras, and a potato soup glazed with truffles”—through hidden camera footage. The story broke on French TV channel M6 over Easter weekend, to the consternation of people throughout France.

That account noted that “one dinner organizer initially said that several French ministers had attended the illegal parties, before backtracking on his statement.”

It also chronicled the experience of an undercover journalist who attended one of the secret dinner parties and was told by a white-gloved waiter, “We don’t wear a mask here” and “Once you pass through the doors, COVID no longer exists.”