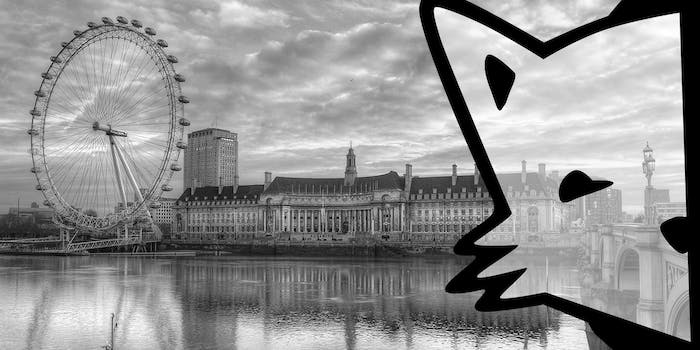 London is the city Secret was made for

If Secret can’t get it right in the U.K., there’s really no hope for the app at all.

Here’s the dirtiest secret about the anonymous gossip app Secret: Nobody’s using it.

That’s why, when Google+ head Vic Gundotra announced his departure, we learned about it on Re/code, rather than on the Secret post that had existed for weeks.

You see, Secret isn’t quite the free network of salacious gossip that it hoped to be. For one thing, it hasn’t been embraced by the upper echelons of the tech scene. That means there isn’t a steady stream of well-informed leaks; posts tend instead toward abuse and inanity.

In fact, it hasn’t been embraced by many people at all, if download numbers are anything to go by: Secret already languishes next to ghost-town social networks such as Path in the App Store.

And yet, these days, if you’re a disgruntled Silicon Valley tech worker looking to spill the beans on the boss, Secret is one of the only places you can turn to. Once upon a time, junior-level marketing execs at Google would write anonymous posts on Fucked Company and we’d all fawn over them in the comments, hoping to eke out some more gossip. Fucked Company was itself shafted around 2007, possibly because investors were being named in the posts.

Yesterday, Secret announced plans to expand overseas. We were told it would launch in the U.K., Ireland, Australia, and New Zealand shortly. So far, the rollout has been, if you’ll forgive the joke, a bit too much of a secret itself: TechCrunch published only vague assurances that the expansion was imminent, and the Guardian quoted the company as saying “Monday” was the day when gossip would go global.

At the time of writing, that deadline had come and gone: A search for “secret” in the U.K. App Store revealed no gossip apps, instead serving up a link to kids’ social network Moshi Monsters.

Let’s hope the launch hasn’t been called off, because London is the perfect city for Secret. With a small-ish tech scene that is nonetheless stonkingly over-reported on, a booze- and sex-fuelled House of Commons and a financial district full of coked-up wide boys, the Big Smoke is the perfect crucible for a sensational rumor mill.

Let’s not forget the city’s tech scene, which is concentrated in east London’s Shoreditch. With a lot of chancers chasing a relatively small pot of venture capital and a tiny talent pool, everyone is perpetually talking about everyone.

What’s more, London is home to the most mischievous press corps on the planet. The city is crawling with churlish tabloid hacks eager to discover sexual infelicities and financial impropriety.

Remember, this is the city of Kate Moss, Amy Winehouse, and Sid Vicious; of punk, the Beatles, and the Rolling Stones; of sex scandals, cash-for-questions, and MPs’ expenses.

The White House Correspondents’ Dinner could never happen in the U.K. Why? Because our journalists aren’t part of the Establishment as they are in America: They are too mean-spirited, too untrustworthy, too gossipy… too darned terrifying to allow into the corridors of power.

London isn’t just the perfect city for a gossip app; London practically invented churlishness and exported it to the rest of the world. It is the cultural epicentre of unkind whisperings.

The Secret founders might not have realized it at the time, but they were creating an app perfectly suited to London’s bitchy social climate. If Secret can’t get it right here, there’s really no hope for it at all.