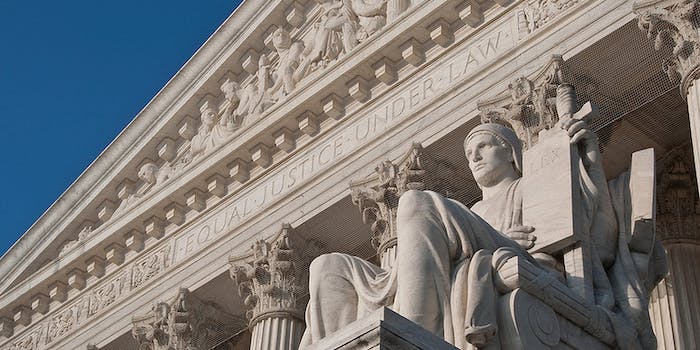 In a tight 5-4 decision, the U.S. Supreme Court ruled on Monday that two evangelical Christian family-owned corporations are not required to pay for insurance coverage for contraception due to their religious freedom protections under federal law.

The decision marks a major defeat to a requirement put in place under President Obama’s Affordable Care Act (ACA), reports the New York Times. The challenge was brought by two corporations, Hobby Lobby and Conestoga Wood Specialties, who argued that this portion of the ACA ran against their religious principles.

Both companies argued, against scientific consensus, that emergency contraception like Plan B, Ella, and a T-shaped widget known as a intrauterine device, or IUD are equivalent to abortions because they prevent embryos from implanting on the womb.

The decision, written by Justice Samuel Alito, has sparked a storm of reactions and conversations across social media from conservatives, liberals, and everyone in between. As of this writing, #HobbyLobby is the top trend on Twitter.

Many Republicans and conservatives are taking a victory lap, claiming the decision is a win for the First Amendment and religious freedom.

America was founded on the principle of religious freedom, and there is nothing more fundamental than the First Amendment. #HobbyLobby

#SCOTUS #HobbyLobby decision affirms the First Amendment still stands. It’s up to us to make sure it continues to… https://t.co/Dz9NIFksDG

Be clear– #HobbyLobby doesn’t want to pay for birth control AFTER conception because kills a life. Pays for the pill. #SCOTUS

Americans can’t be forced to surrender their religious freedom once they open a business. https://t.co/q7ymhiYpt6 #SCOTUS #HobbyLobby

On the other side of the debate, opponents believe that the decision will have a profound negative effect on women’s health.

When I was 16 #birthcontrol literally saved my life. It stopped me hemorrhaging to death. What if my mom’s employer had refused to cover it?

The next time you have to perform a back alley abortion, do it with a coat hanger you got from Hobby Lobby

Today’s #HobbyLobby decision is a step backwards for women’s health. Women’s health choices belong between a woman & her doctor.

Supreme Court rules bosses can use religion to discriminate against women in decision for #HobbyLobby.

Women, not bosses, should be in charge of their personal health care decisions. #notmybossbusiness pic.twitter.com/EQO7X7bQl3

Of course corporations are religious people. Sometimes they even come back from the dead.

Add two questions to your job interview Qs: Is this company religiously affiliated? Does the insurance cover birth control? #hobbylobby

If anybody starts a list of corps that refuse medical coverage for insured employees for religious reasons let me know so I can boycott.

This marks the end of one major battle in a much larger war over issues as vast as contraception, abortion, women’s rights, and healthcare. The war is far from over, however, and the next battle may be waged in Congress as opponents of this decision hope that legislatures can make an exception to the Religious Freedom Restoration Act of 1993, in order to force corporations to provide contraceptive insurance regardless of religious belief.