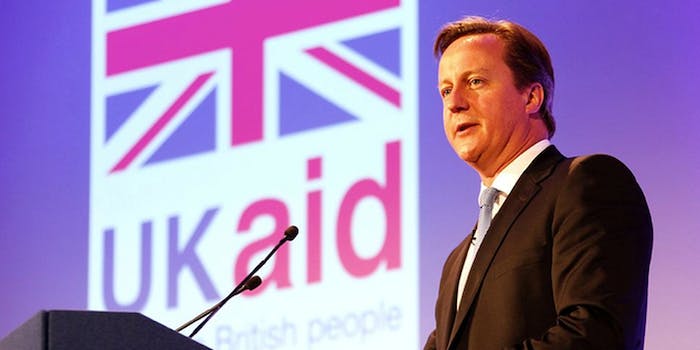 Some Scots are already worried about the U.K. government reneging on campaign promises.

Just two days after Scotland voted No to independence, some Scots are already worried about the U.K. government reneging on campaign promises.

So far, more than 44,000 people have signed an online petition for English politicians to stick to what they offered in the event of a No vote. In many ways, the campaigns for and against Scottish independence behaved like opposing parties in a typical election. Political leaders made promises, people chose a side based on those promises, and now many are worried that the politicians won’t follow through.

Fifty-five percent of Scottish voters chose to remain part of the United Kingdom, in some cases thanks to a pledge by the U.K. government’s top three leaders. Three days before the referendum, Prime Minister David Cameron, Deputy PM Nick Clegg, and leader of the opposition Labour party Ed Miliband all signed a joint statement on the cover of the Daily Record. This letter promised that if Scots voted No to independence, the U.K. government would give more powers to the existing Scottish parliament, particularly when controlling the national health service.

But within hours of the referendum result being announced, Conservative members of parliament were already rebelling against this promise. The Prime Minister may have swayed some Scottish voters to vote No, but not everyone in his own government agreed with his methods.

In a petition on the site 38degrees, more than 44,000 people have now signed a message demanding that Cameron, Miliband, and Clegg “stick to those promises on the timetable you agreed.”

Since Scotland already made its voice heard during the referendum, it’s unlikely that this petition will make much of an impact on its recipients. It’s like a public protest against the Westminster government going back to business as usual—the first protest of many, if U.K. leaders do fail to live up to their referendum promises.