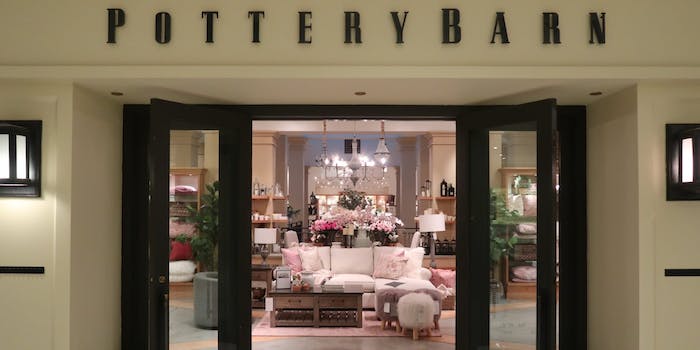 Lawmaker throws tantrum because Pottery Barn won’t let him in

Scott Stone got mocked so hard that he ended up making his account private.

Karens and Kyles are coming out of the woodwork en masse as a result of the pandemic. As businesses continue to reopen, the internet bound to see many more emerge.

Former North Carolina state Rep. Scott Stone (R) had a very public meltdown on Twitter Friday over… Pottery Barn. The store’s reopening safely guidelines only allow customers to shop by appointment between 11am and 5pm and closes earlier than the rest of the mall—at least at the Charlotte Pottery Barn Stone was trying to shop at.

This apparently ruined Stone’s shopping plans. He tweeted out a photo of the sign outside the store that laid out its policy.

“Dear @potterybarn (and other retailers) : I am NOT shopping by appointment. You’re allowed to be open, so be open. And why close at 5 when mall is open until 7? Do you actually want to sell anything?” he questioned.

Stone was the one who got blasted, with Twitter users sarcastically offering up their thoughts and prayers and thanking Pottery Barn for trying to keep its employees and customers safe. “Kill me if i’m ever crying on twitter over having to make an appointment to go to pottery barn,” one Twitter user stated.

Stone got mocked so hard that he ended up making his account private.