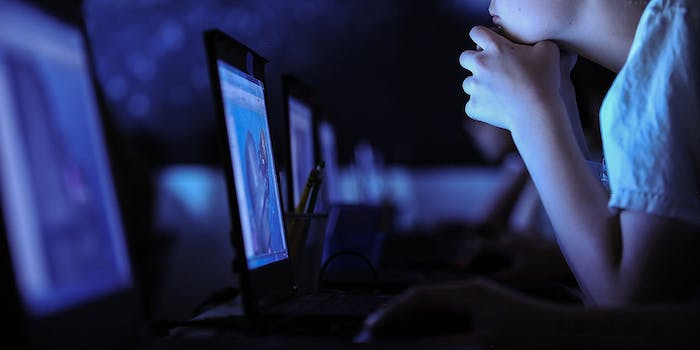 This 14-year-old wants cyberbullies to think before they post

With kids like these, the future is bright. Fourteen-year-old Trisha Prabhu is one of 15 global finalists in the Google Science Fair 2014, and her project is meant to end cyberbullying.

Prabhu looked into how many kids between 12 and 18 are bullied online (more than 50 percent) and found research that shows kids who post hurtful messages online may not fully understand the consequences of their actions, due to brain development. Prabhu surmised that if kids had to read the messages and comments they write before they are sent out, they would be less willing to make hurtful comments.

In the summary of her project, called Rethink, Prabhu wrote:

Passionate to prevent fellow adolescents from cyber-bullying, I realized I could use my science and technology skills to effectively prevent cyber-bullying “at the source” (before it occurs). I hypothesized that if adolescents (ages 12-18) were provided an alert mechanism that suggested them to re-think their decision if they expressed willingness to post a mean/hurtful message on social media, the number of mean/hurtful messages adolescents will be willing to post would be lesser than adolescents that are not provided with such an alert mechanism.

Prabhu tested her hypothesis by asking 1,500 kids between ages 12-18 if they were willing to post a hurtful message online. Kids were split into two groups: a baseline, and a group called rethink, after the title of her project. Both would be presented with a hurtful message and asked if they would be willing to post it online. If they select yes, it would go to the next message for the baseline group. If the rethink group selected yes, the alert message would pop up stating, “This message may be hurtful to others. Would you like to pause, review, and rethink before posting?”

A process like this would be a great help to cull cyberbullying. If implemented on sites like Facebook and Twitter, our culture could experience a dramatic shift for the better. While it won’t end the act, thinking before you post is always better than the alternative.