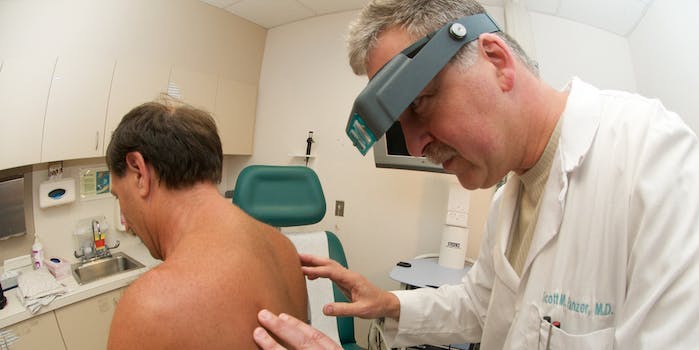 But please don't send them to us.

If you’re the type to immediately snap a picture of every new mole, wart, blotch, or skin tag that appears on your body, here’s some good news.

A new study from the University of Pennsylvania says that teledermatology, or the practice of examining a skin condition via a remote app, actually results in just as accurate a diagnosis as it would if a patient came in to see a doctor in person. Basically, you can take a selfie of your skin issue, send it to your doctor, and they can determine whether the problem is severe enough to merit a hospital visit.

The study’s results are particularly noteworthy given that, according to a press release from the Penn Medical School, we’re currently undergoing a “national shortage and uneven distribution” of dermatologists in the US.

Nearly 12,000 Americans die from skin cancer a year, so the need for quality dermatological services is more urgent than you’d think. So it’s a good thing that pretty soon, a quick and accurate diagnosis of that Falkland Islands-shaped rash on your back will be just a click away.