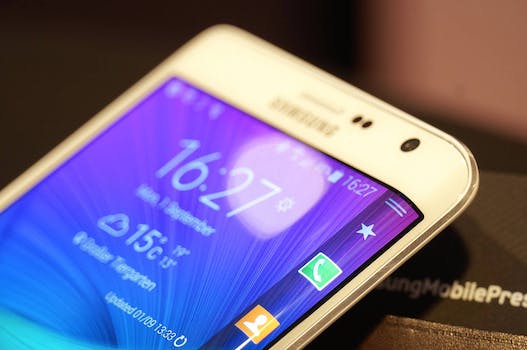 Samsung thinks bendable screens are the future of smartphones

For all the innovations that have come to smartphones since the introduction of the touchscreen, our phones’ basic designs have essentially remained the same. But Samsung may change that in the near future by releasing phones with bendable screens.

Samsung will use organic light-emitting diodes on these flexible screens to introduce a number of new features, according to Bloomberg. One model can reportedly be folded in half like a makeup compact, finally merging the tiny mobility of flip phones with modern technology. The second model will supposedly utilize the flexible nature of its screen to switch between a 5-inch handset mode and an expanded 8-inch mini-tablet mode.

Samsung believes that the introduction of bendable screens is exactly the kind of innovation it will need to regain the market share it’s lost to Apple in recent years.

While these developments are exciting, Bloomberg’s sources say that the company won’t be announcing anything until at least 2017. In the meantime, we’ll do our best not to crack our phones’ screens as we pray for the day we can safely fold them in half and put them in our pockets.