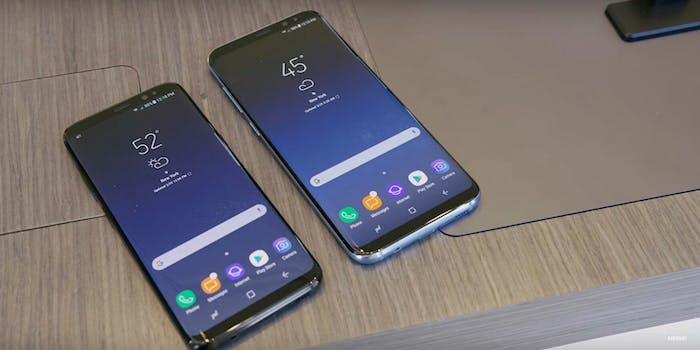 The new flagship is on pace to outsell the Galaxy S7.

Samsung is back to posting impressive sales numbers after the nightmare that was the Galaxy Note 7.

The company says it sold more than 5 million Galaxy S8 smartphones in less than a month, a solid figure considering its flagship S8 and S8 Plus were released in South Korea, Canada, and the United States on April 21. The phone will expand to more than 120 countries by the end of the month, which should only help bolster an already strong start.

Samsung did not provide a detailed report on sales figures, but a company official told the Investor, “Although we cannot provide detailed figures, the sales are going smoothly around the globe. The combined sales already are beyond 5 million units.”

It should be noted that the S8’s sales numbers don’t include China, where the devices will be released later this month.

China won’t impact Samsung’s sales like it has in the past. The country is boycotting South Korean products after Samsung’s home country allowed the U.S. to build an anti-missile defense system that the Chinese government argues could be used to track its own military operation. Chinese phone brands like Oppo, Huawei, and newcomer Vivo top the market share chart, while Samsung has been relegated out of the top five into the “others” category.

Industry analysts expect Samsung to sell between 50 and 60 million units by the end of the year. Samsung set a sales goal of 60 million this year for the Galaxy S8 phones, a 40 percent increase from the 48 million Galaxy S7s old in 2016, according to the Investor.