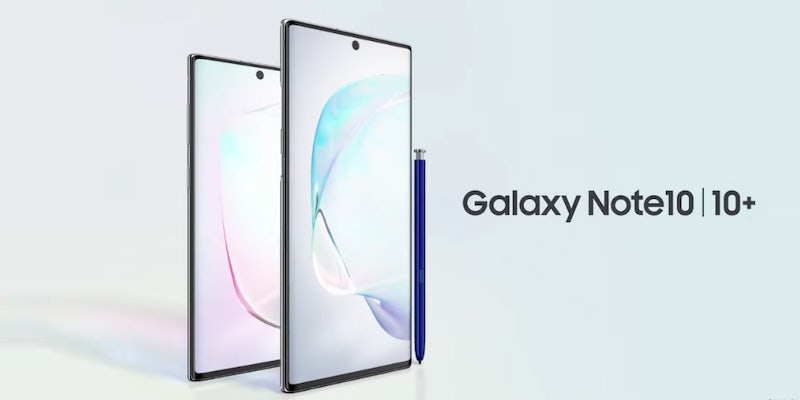 Here's what you may have missed from Galaxy Unpacked 2019.

First, the hardware upgrades: The Note 10’s bezel is shrunk to near nonexistence, the punch hole camera has also been reduced in size as well as centered, and the fingerprint sensor is now just below the display (opposed to being embedded). Here’s everything else we know about the head-turning phone.

The Note 10 will have enhanced video recording, allowing users to use bokeh–or blur quality–while recording, stabilize footage, and enhance sounds. An entire editing suite has also been added to the app.

AR Doodle was also announced, allowing users to draw in 3D on their videos. The 10+ model will also include a second set of cameras, enabling a slew of AR features, like 3D scanning.

Power Share will allow wireless charging between devices. Superfast Charge is a 45 Watt charging compatible and will give you a full charge in 30 minutes. Samsung Knox is a high-level cybersecurity system anchored to the Note 10. And Game booster will track patterns and optimize the user experience.

In addition to the Note 10, Samsung Unpacked also announced the Tab S6, the latest edition in its Galaxy Tab line. The newest iteration boasts handwriting-to-text conversion, powered by machine learning and a keyboard with a trackpad. The S-pen has also been upgraded with a better battery and more sensors, allowing the stylus to use gestures to control devices. A remote has been added to the S-pen, allowing users to take photos without holding their phone, zoom in and out, or change cameras with gestures.

The new Galaxy Watch Active 2, which was announced on Monday, includes real-time coaching based on data and haptic feedback, as well as the return of the rotating bezel–albeit in a digital form. Samsung has partnered with Under Armour to create MapMyRun, which will track runs and health data. The watch can also act as a shutter button, like the S-pen.

Samsung has also extended the Dex mobile-powered PC experience to laptops, allowing users to answer texts and view notifications on their computer. Later this year, the Dex will also allow users to make and receive calls from their computer.

The company’s next foray into laptops, the Galaxy Book S, is a slim 13-inch that will run on Windows 10. It will have a 23-hour battery that can be charged with the Note 10 charger. Samsung also announced a partnership with Microsoft to create more long-term products and educational programs, such as Solve for Tomorrow.

The Note 10 will be available for preorder August 8. Both the Note 10 and Tab 6 will be in stores August 23.