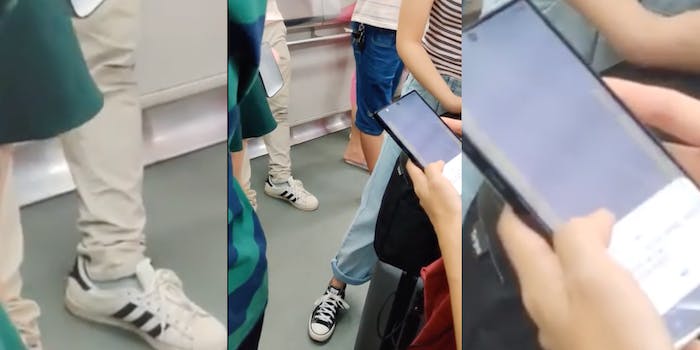 What to expect from tomorrow’s Samsung Galaxy Note 10 event

The Galaxy Note 10 is coming--here are all the best rumors and leaks we've learned so far.

On August 7, Samsung will hold its Unpacked event, during which Samsung says it will announce its Galaxy Note 10. The latest model of the Galaxy Note series is set to come in two sizes, a 6.28-inch and 6.75-inch model. The Note 10 may also ditch the headphone jack, The Verge reports, as leaks show that a dongle for wired headphones may ship with the phone.

Tom’s Guide says Samsung has confirmed features like Superfast Charge and a next-generation S-pen. Video also shows that the punch hole camera, which has previously been in the top right corner of the screen, will be dead center. Tom’s Guide also reports that the chip powering the Note 10 may also be different for those sold in the U.S. by Verizon, as the Qualcomm Snapdragon 855 Plus chip may be substituted for the regular Snapdragon 855 chip. This difference in CPU could impact the phone’s speediness. All other Note 10 handsets sold in the U.S. will most likely include the Samsung Exynos 9825, which boasts a bump in performance and enhanced AI processing, according to Samsung.

Possibly missing from Unpacked are the Galaxy Fold and Galaxy Home speaker, which were never given a release date, The Verge reports. The Galaxy Fold had an infamously disastrous early launch in April when review units began breaking. Samsung delayed the official release of the phone and canceled preorders. The smartphone-maker says it has fixed the hardware issues and will try things again with the Galaxy Fold in September. It’s possible we will find out more about the Galaxy Fold at tomorrow’s event.