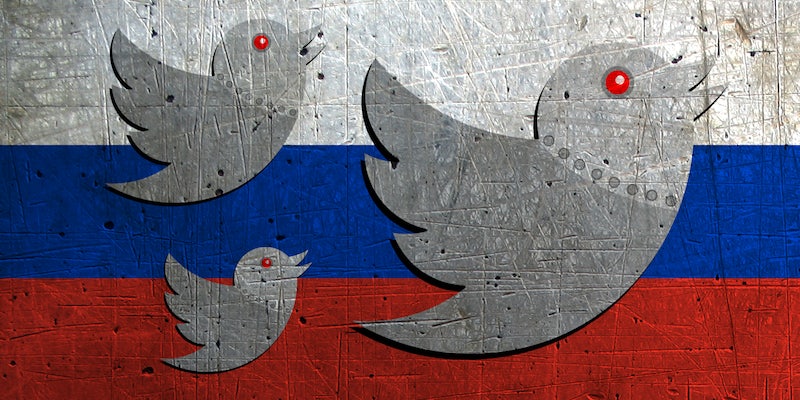 'Welcome to the world of digital diplomacy.'

Russia’s embassy in the United Kingdom wants access to its followers’ Twitter accounts to create a bot army that can spread Ambassador Alexander Yakovenko’s news updates and tweets.

The initiative, which is promoted on the embassy’s website as part of the “Russian diplomatic online club,” encourages interested individuals to sign up for an exclusive email newsletter to receive updates on “international policy… all things Russian… [and to] get insights from top diplomats.”

Sign up is simple and easy. Users register with their Twitter account and, in doing so, also grant the embassy permission to “automatically retweet one of [Yakovenko’s] most important tweets each week.” In short, users hand over access to their accounts and basically become zombie news bots who propagate the politician’s message at the behest of Russia’s government.

An investigation into the service conducted by Motherboard discovered that a new user’s details are registered with a third-party app called Tweetsquad. After sign up, users have access to a Tweetsquad control dashboard that shows their subscription under Yakovenko so-called squad. At the moment, the number of subscribed accounts stands at 438.

What’s more, Tweetsquad itself appears to be an abandoned platform. The organization’s own Twitter account has been inactive for quite some time, and Motherboard reports that attempts to reach out to the company have yielded no response.

This aside, drafting unsuspecting internet users into political bot networks is an innovative reimagining of how information can be propagated tactically online in the wider war to manipulate and commandeer public opinion. Not only have bots become a weapon in domestic information warfare—recall the vast pro-Trump botnets of the 2016 U.S. presidential election—but are fast becoming a feature on the international front.

“Welcome to the world of digital diplomacy,” the embassy’s page ominously reads, “…diplomacy of the future!”

The Daily Dot has contacted the Russian Embassy in London for comment but has not yet received response.