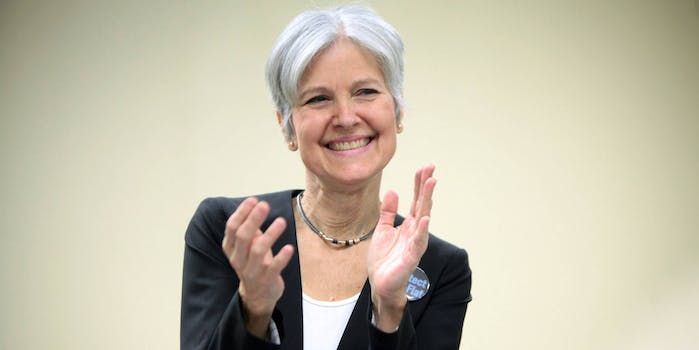 Jill Stein was a favorite of the Russians.

One of them, an Instagram account called @woke_black, posted two days before Election Day, “The excuse that a lost Black vote for Hillary is a Trump win is bs,” it read. “It could be late, but y’all might want to support Jill Stein instead.”

The report is one of two released recently confirming Russian support for the Green Party candidate. They were commissioned by the Senate and drafted by the Oxford University’s Computational Propaganda Project and another one by New Knowledge, a cybersecurity firm specialized in disinformation.

Stein’s team rejected accusations of election interference supporting her through a press release on the basis that “New Knowledge cybersecurity firm was effectively invalidated by revelations of the firm’s own election meddling.”

One of the reports listed a number of candidates favored by Russian-funded firm Internet Research Agency to influence public opinions, which included Sen. Bernie Sanders and Stein.

Stein has been a frequent contributor to Russian state TV, RT, where she controversially attended a dinner celebrating the 10th anniversary of the agency, sitting next to President Vladimir Putin.

According to NBC News, ”There’s nothing in the reports to suggest that Stein was aware of the influence operation.”

Stein’s press release added: “Our 2016 campaign continues to support the investigation of real interference in the election—whether by foreign governments, political operatives, voter suppression, quid pro quo deals or other forms of corruption.