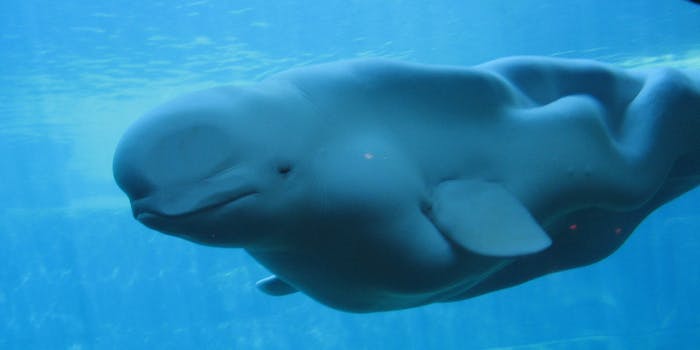 The whale was spotted by fisherman.

A whale discovered by fisherman in Norway was wearing a harness that indicated it was made by Russia, according to reports.

The harness had “Equipment of St. Petersburg” written on it and had a mount for a camera on it, Joergen Ree Wiig of the Norwegian Directorate of Fisheries said, according to ABC News.

As the Guardian notes, some experts believe the whale was used as part of a program in the Russian navy. The whale was reportedly seeking out boats and trying to pull straps on them.

“If this whale comes from Russia–and there is great reason to believe it–then it is not Russian scientists, but rather the navy that has done this,”Martin Biuw of the Institute of Marine Research in Norway, said, according to the news outlet.

Russia has a past with training marine wildlife with a military purpose. In 2016 the country’s Ministry of Defense offered more than $20,000 to buy five dolphins, the Washington Post reported at the time, and also had a similar program during the Cold War. The United States also uses dolphins and sea lions.

The bizarre story did lead to a few jokes being made online.

The guardian shared an article on Russia attaching a weapon to a whale and the comments are basically this photo. Howling pic.twitter.com/U7J51j34d9

You can read all of the Guardian report here.