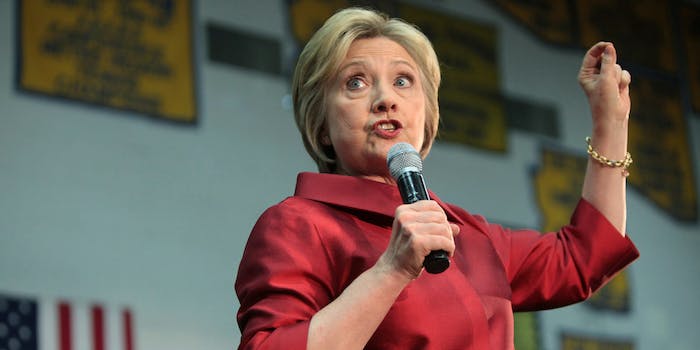 Nearly 30 phishing emails were sent to email addresses hackers hoped would be associated with the Clinton campaign in March 2016, AP reports, and just over a week later they would have access to a massive amount of campaign information that would eventually be available for the whole world to see via Wikileaks.

U.S. Intelligence officials determined that Russia was behind the hacking of the Clinton campaign emails. After the initial volley of phishing emails were sent on March 10, another round were emailed on March 11 that eventually led to at least 50,000 emails from John Podesta, Clinton’s former campaign chairman, in the possession of hackers, according to the report.

More attempts at phishing campaign staffers were launched later in the month, according to AP, including targets such as Clinton staffer Huma Abedin. More attempts at state-level Democrats were soon launched.

The Democratic National Committee began seeing possible hacking evidence in April 2016, AP reports, around the same time that George Papadopolous, the former campaign foreign policy adviser for Donald Trump who recently admitted that he lied to the FBI about his contact with people associated with the Russian government, was told about the “thousands” of emails Russia had containing “dirt” on Clinton.

The AP reports that Guccifer 2.0, the hacker who helped spread the hacked emails at the time, actually manipulated some of the leaked emails in order to attract attention from the press.

You can read more of AP’s investigation into the hacked emails here.