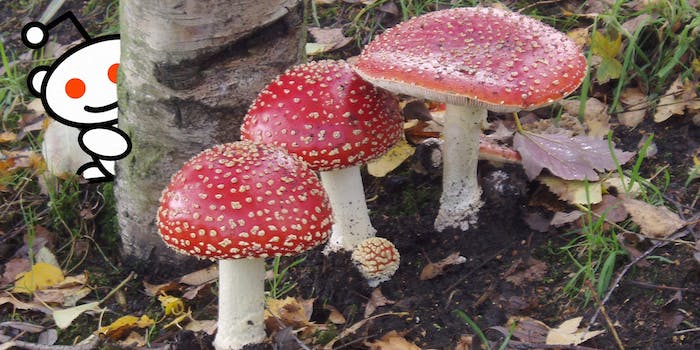 Is he cutting off his nose to spite his face?

A Russian Reddit user is unapologetic for apparently convincing his country to ban the popular site entirely.

“Will I remove this post? No. I also think that Reddit administration needs to do nothing. This is important issue on freedom of speech,” the user, who goes by Anton Nesterov IRL, declared Wednesday.

The reported temporary Reddit ban—it’s apparently since been lifted—hinged on Russia’s so-called blacklist law, which authorizes a government body, Roskomnadzor, to block any site it deems promotes drug use, child abuse, or self-harm. Roskomnadzor applies its censorship liberally, ranging from YouTube (temporarily) for a makeup tutorial on how to make it look like you’ve slit your wrists to, most recently, a two-year-old blog post on how to use Bitcoin that mentioned the digital money can be used to buy drugs.

Back in 2013, when the law first took effect, Nesterov decided to test it. He began posting “about a hundred abuses on different websites to check out [if] it works,” he told the Daily Dot via encrypted email. “How [Roskomnadzor censors] react to jokes, English-language information, popular websites refusing to delete information, etc.”

One of those was a brief, six-step guide in r/rudrugs, a subreddit with just 2,000 subscribers, on how to grow psychedelic mushrooms. For two years it went unnoticed: not a single person voted or commented on it. No one payed attention to it at all.

Except, apparently, Roskomnadzor, which on Monday announced that it had added the URL of Nesterov’s post to its list of prohibited sites, effectively putting Reddit on watch to either take the post down or face a site-wide ban. Reddit began using HTTPS in September 2014, meaning that Russian Internet service providers can’t ban specific pages within a URL—it has to block access to an entire domain if it wants to block anything. Roskomnadzor openly called for a way to contact Reddit to get its administrators to take down the post. Reddit didn’t respond to the Daily Dot’s multiple requests for comment.

Nesterov clarified that his post wasn’t really an earnest attempt to get Russian speakers to grow their own shrooms, but more of a deliberate attempt to trigger the system.

“I’m not a big drug user, but I’m for decriminalization of victimless crimes,” he said. “It’s not clear from censorship law which information should be banned, also it’s [a] pretty closed procedure without involving courts.”