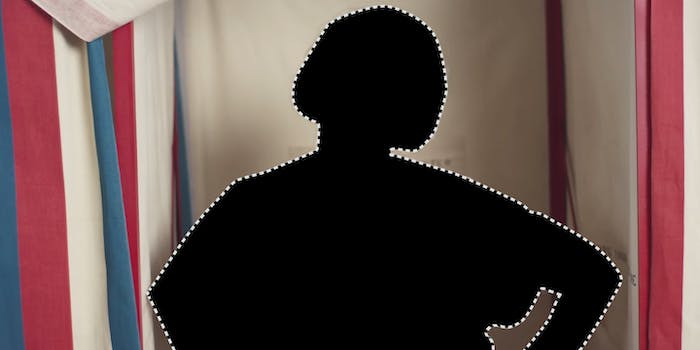 Rock the act of telling other people to vote!

The world is largely a lie, but we still held out hope that celebrities promoting civic engagement were the exception to the rule—until now.

A Washington Post investigation reveals that between five and twelve of the fourteen celebrities involved in MTV’s Rock the Vote campaign didn’t vote in the last midterm election.

That leaves eight other participating celebrities: rapper Lil Jon, Portlandia star Fred Armisen, fitness instructor Tracy Anderson, One Tree Hill star Sophia Bush, model Ireland Baldwin, singer Devendra Banhart, Io Echo singer Ionna Gika, and dancer Gabriel Valenciano. The Post reported that it was unable to locate voting records for six of them, meaning that two did vote, although the report did not specify which two those were.

A spokesperson for Rock the Vote said that all its participants were registered to vote in 2014.

Lil Jon plans to vote this election, he says in the video, because he wants to vote for marijuana legalization.