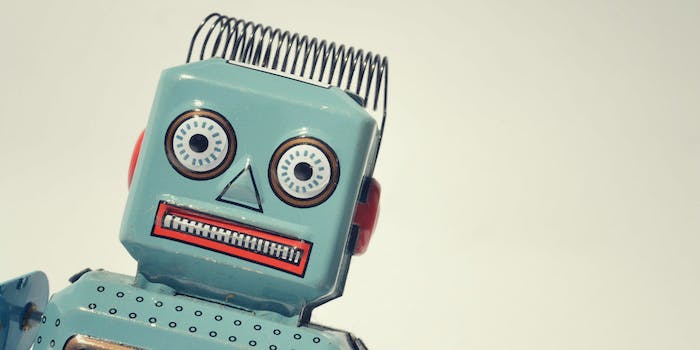 The tool will give you the percent chance of you losing your job to automation.

Robots are set to replace thousands of jobs in the next few years, but what are the odds of you losing your job to a machine?  You can now find out before it’s too late.

A new tool will tell you how susceptible your job is to being automated. The aptly titled “Will Robots take my job?” is a piece of web-based software that tells you the percent chance of you losing your job to automation. It’s completely free and extremely simple to use. Just head over to the website and type in your occupation. The software, which was created by designer-developer duo Dimitar Raykov and Mubashar Iqbal, will calculate the odds of you losing your job out to robots. The tool will also give you an “automation risk level,” which should help you determine if you need to pursue a new career. It will also tell you the projected growth of the field by 2024 and provide median wage and employment numbers as of 2016.

We found telemarketers have the highest chance of losing their job to robots. In fact, the tool says there is a 99-percent chance of that happening. Its automation risk level warns, “You are doomed.” My colleagues and I are in much better shape. Reporters and correspondents only have an 11-percent chance of being replaced, though the field is projected to decline 9 percent by 2024.

The website has dozens of jobs you can choose from, so there’s a pretty good chance you’ll find your own occupation. Good luck. Human-kind is rooting for you.