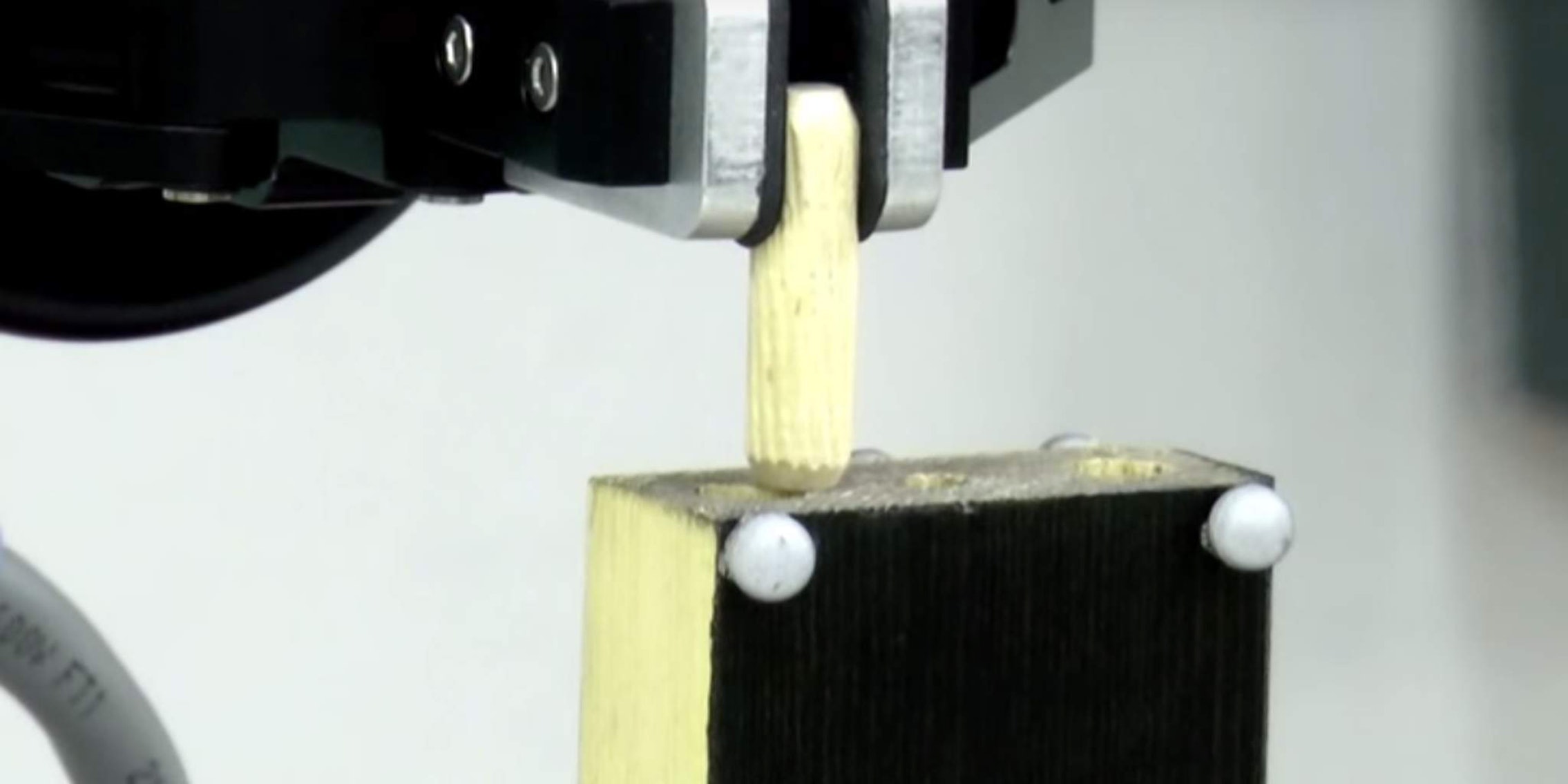 Hey the robot successfully inserted a wooden dowel into a hole. That's... something!

If you can’t assemble IKEA furniture without wanting to insert a table leg in a plate glass window, don’t worry—you’re in good company. Robots have a hard time putting together IKEA products, too.

Researchers at Nanyang Technological University in Singapore are working on teaching a robot how to assemble a chair purchased from IKEA. The progress has been slow-going, but the robot has made strides in its ability to complete the task.

The bot, which is attempting to evolve beyond its mass-production assembly line cousins to complete specific tasks, features two arms capable of six-axis motion. A vision system comprised of six cameras is capable of tracking up to five objects, allowing the robot to see through a cluttered environment and discern the pieces it needs.

The bot’s arms are equipped with parallel grippers designed to pick up objects, though they cannot shift the objects after picking them up. The grippers feature force sensors that help the bot determine how strong its grip is and how much force it can use to push together objects.

Despite all of the technology researchers have furnished the robotic rig with, it’s proven no match for the IKEA chair.

The assembly process, which has been broken down into three tasks with various subtasks built into each, challenges the bot to find the correct pieces before putting them together—a trying exercise, as anyone who has dumped out an IKEA box and hopelessly stared at the parts can attest to.

While the robot hasn’t produced a completed chair, it has successfully inserted a wooden dowel into a hole. And that’s… something!

Two takeaways from the robot’s sustained failures: We won’t be getting robotic helpers for home assembly any time soon, but at least robots might actually keep humans around after the inevitable robot apocalypse so we can build our overlords a place to sit.