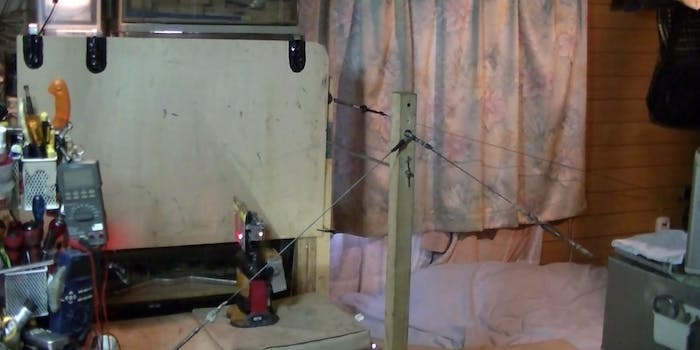 This is one accomplishment even McKayla Maroney has to be impressed with.

The robot Olympics are upon us.

A Japanese inventor has created a robot gymnast that can complete a triple backflip from a horizontal bar all on its own. And it sticks the landing.

From the looks of YouTube user hinamitetu’s page, the inventor has spent four years creating 17 different robot prototypes to accomplish this one incredible feat. Hinamitetu’s first video was uploaded on Oct. 7, 2009, and it features a human-looking robot that is unable to dismount.

He’s clearly come a long way. This is one accomplishment even McKayla Maroney has to be impressed with.