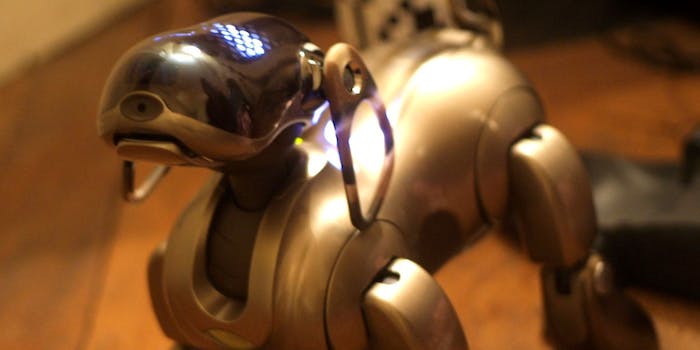 Sony robot dogs are getting funerals in Japan

These pets get their souls freed.

How do you mourn the death of a pet that was never even alive? Robot dog owners in Japan are trying to figure that out as their Sony robot pets are being put out to pasture after years of loyal service. Aibos, Sony’s artificially intelligent dog creations which were manufactured from 1999 to 2006, can no longer can get maintenance from Sony as of a year ago, according to the WSJ.

So now owners are struggling to keep up with fixing their pets, some of which are almost 20 years old. The WSJ spoke to a man who has been buying up broken Aibos “in the hope that their remains can be used to help keep other robots running.” He now has a collection of 50 scrap Aibos to use for spare parts.

But because life is fleeting and not even robots can last forever, some owners have had to make peace with their machine pets. Newsweek reports on owners who have chosen to give their Aibos a proper funeral service. 19 Aibos were recently given their propers at Kofuku-ji temple, a Buddhist temple near Tokyo. They were each given a bright blue tag to show “where they came from and the family they belonged to” as the head priest blessed them to help the robots’ “souls to pass from their bodies.”