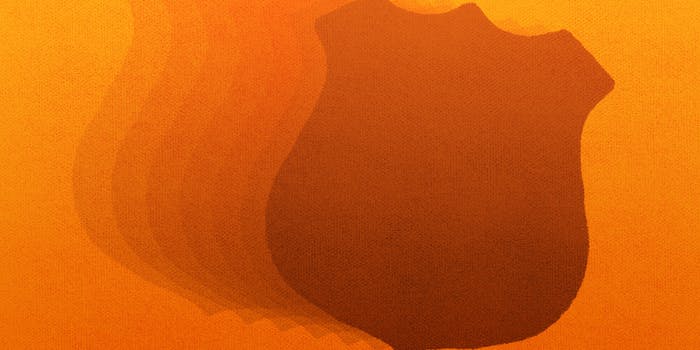 Three supervisors with the Tulsa County Sherrif’s Office transferred after refusing the order to falsify training records for Robert Bates.

According to a report from the Tulsa World, at least three supervisors with the Tulsa County Sherrif’s Office were transferred after refusing the order to falsify training records for Robert Bates.

On Monday, while operating in the capacity of an advanced reserve deputy assisting on an undercover assignment, Bates mistook his revolver for a stun gun and shot and killed Eric Harris. He was charged with second-degree manslaughter. On Tuesday, he turned himself in and was released on $25,000 bail.

Bates, 73, has been volunteering with the Sheriff’s department as a reserve deputy for a number of years: since 2007 according to Bates in the statement he made to investigators after the incident. But since 2008 according to the Tulsa Sheriff’s Department. It’s these discrepancies that are causing such confusion and controversy.

When the World requested records of Bates’ training under the pretext that such paperwork should be a matter of public record, an attorney for the sheriff’s office refused to provide it because the matter is under investigation. Due to the discrepancies in his history with the department and the office’s inability to produce paperwork proving Bates underwent the 480 hours of the Field Training Officer program required to receive Advanced Reserve Officer classification, many critics are claiming Bates was an unqualified wealthy citizen who paid to play cop.

The accusation is easy to understand given that Bates is known to be personal friends with Sheriff Stanley Glanz and has a history as a heavy financial contributor to both Glanz and his department. Bates was Glanz’s campaign manager when he ran for reelection in 2012 and contributed $2,5000 of his own money. He also bought the sheriff’s department five vehicles and the video of the undercover operation gone awry that resulted in Harris’ untimely death was recorded on a pair of sunglass cams Bates bought the department, according to the World.

In the video, Bates can be heard announcing his intent to use his stun gun, shouting “Taser!” After fatally shooting Harris, he says, “Oh, I shot him! I’m sorry.”

When Harris cries out “He shot me!” another officer presses his head into the ground and screams “You ran motherfucker, do you hear me? You fucking ran! Shut the fuck up!”

Other than the fact that Bates used his personal weapon on which he reportedly qualified at the range last fall, it remains unconfirmed what model revolver he mistook for a taser. The handles of tasers and revolvers tend to have disparate and distinct profiles. Single and double-action revolver handles tend to be more tapered and rounded while tasers are blocky. The plastic polymer composite used in their production gives tasers a mat, black finish and bright yellow signifiers on the top and side of the weapons—making them clearly distinguishable from firearms so law enforcement is less likely to run into this very issue. Whereas revolvers are made of metal, generally glossy, and usually much heavier. Even in the heat of the moment, it’s hard to imagine confusing the two.

Speaking to a Tulsa radio station this week, Sheriff Glanz said his office is unable to find Bates’ firearms certifications and that the officer and range instructor who trained him has moved on to a job in the secret service.

“We can’t find the records that she supposedly turned in,” Glanz said. “So we are going to talk to her to find out if for sure he’s been qualified with those (weapons).”

In response to the World’s allegations that supervisors were transferred for refusing to falsify training records for advanced reserve officer Bates, Tulsa County Sheriff’s Department Maj. Shannon Clark told NBC, “The media outlet that is putting that information out is using unconfirmed sources and also relying on anonymity. We don’t respond to rumor.”

Speaking to CNN, Daniel Smolen, the attorney representing Harris’ Family, said, “It’s absolutely mind-boggling that you have a wealthy businessman who’s been essentially deputized to go play like he’s some outlaw, like he’s just cleaning up the streets.”