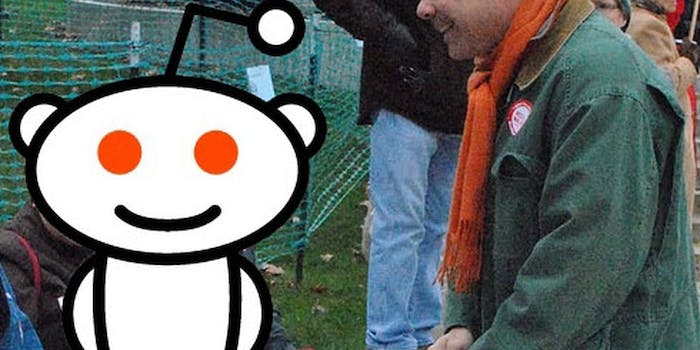 How Rob Zerban got out the vote on Reddit

Meet the Internet's candidate for Senate.

Reddit’s activism reaches far and wide. But in a seemingly new development, its users are now funding a US representative’s primary campaign: $5,000 in 36 hours to Rob Zerban, who’s aiming to win the Wisconsin US Representatives seat in 2012. And it’s essentially due to Zerban’s assurance on Reddit that he’s against the Stop Online Piracy Act, and that his political opponent stands for it.

Reddit is particularly irked about SOPA. In addition to going against the Reddit community’s general ethos of Internet free speech, one of the site’s cofounders has said that if the act passes, it will mean the end of Reddit.

The power of the Reddit community shone last week when it helped shame GoDaddy, a popular webhosting service that had openly supported SOPA, into reversing that stance.

Support for Rob Zerban started Wednesday, after a group of redditors in r/politics sought to find a politician who supports SOPA to make an example out of.  “Let’s pick ONE Senator who voted for NDAA/SOPA and destroy him,” digitalboy wrote.

The overwhelmingly popular choice was Senator Lindsey Graham, a comment that received 1,932 points.

However, as mrwatkins83 pointed out, “Graham isn’t up for re-election in 2012 … Shouldn’t someone actually facing the voters be the target of such an operation?”

The next most-popular choice was Bob Corker, a senator from Tennessee. That idea received 1,324 points. The comment nominating Representative Paul Ryan (R-WI), on the other hand, only got 30 points.

But no opponent of Corker showed up to talk to supporters on Reddit. Rob Zerman, who’s running against Ryan, did, inviting redditors to an ask-me-anything interview, or AMA.

Many of Zerban’s comments during the AMA were clearly in Reddit’s political wheelhouse. “Money is not speech and corporations are not people,” he said. “We need to get the money out of the political process. That is why I support publicly funded elections.”

Not only were his pro-transparency and anti-corruption stances appealing to redditors, Zerban also spoke Reddit’s language. He linked to cat pictures, and used slang like “I see what you did there ಠ_ಠ.”

During the interview, Dippyskoodlez noticed Zerban’s site was hosted by GoDaddy. Zerban responded by transferring his site from the company, and published an open letter explaining why.

Today, Zerban announced that redditors had raised $5,000 for his campaign since his AMA.

It’s not clear if $5,000 will do much for Zerban’s campaign. A Democrat, he still has to win his party’s primary before he can even face off against Ryan in 2012.

“Really effective communications doesn’t always take a lot of money,” Harris said. “Social media can do a lot if you apply it right.”

For his part, Ryan’s camp has mostly refused comment about his support for SOPA. Yesterday, in light of Zerban’s AMA, a spokesman for Ryan said the Congressman “is not a cosponsor” of SOPA, and “[h]e remains committed to advancing policies which protect free speech and foster innovation online.”

Photo by Rob Zerban for Congress