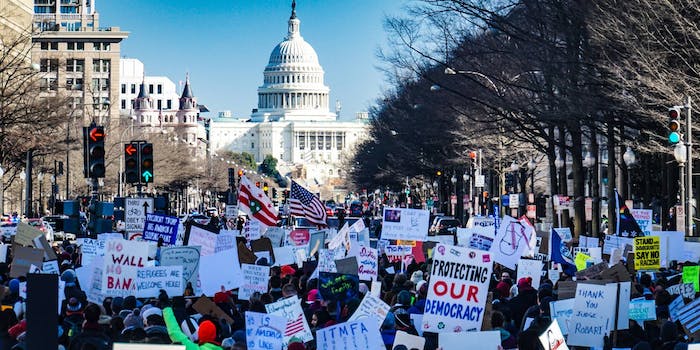 The new executive order has a few key tweaks.

The Trump administration’s controversial travel ban is coming back this week, with a few key changes.

A draft copy of President Donald Trump’s revised immigration executive order, leaked to the Associated Press, targets the same seven Muslim-majority countries as the original but clarifies that travelers who already have an approved visa are exempt.

According to a senior government official, the new executive order, which is still subject to change, is set to be signed by the president this week. White House spokeswoman Sarah Huckabee Sanders confirmed to the AP that this was the case.

Secretary of Homeland Security John Kelly had told reporters on Saturday that “a tighter, more streamlined version” of the immigration executive order was being drafted.

The original order rolled out quickly and imposed a controversial blanket travel ban to last 90 days that targeted citizens of Iran, Iraq, Libya, Somalia, Sudan, Syria, and Yemen. Its implementation was criticized as messy and chaotic as hundreds of individuals from the specified countries were detained, questioned, and deported from U.S. airports.

Attorney’s set up stations in airports to provide legal help to the many affected travelers—which included dual citizens and permanent residents.

The order prompted protests at locations across the country and was temporarily suspended by a federal court action.

The 9th Circuit Court of Appeals in San Francisco upheld a temporary restraining order against the travel ban in early February, much to the disdain of Trump who lashed out at the judiciary in a cap locked rage and later accused it of political interference.

Despite the legal frustrations, Trump looks set to try again. The revised draft of the executive order upholds the ban but makes clear that those already granted green cards and visas are approved to enter the U.S. In this, Trump is seeking to overcome a major problem experienced with the original order, in which individuals who had already been vetted and approved were refused entry.