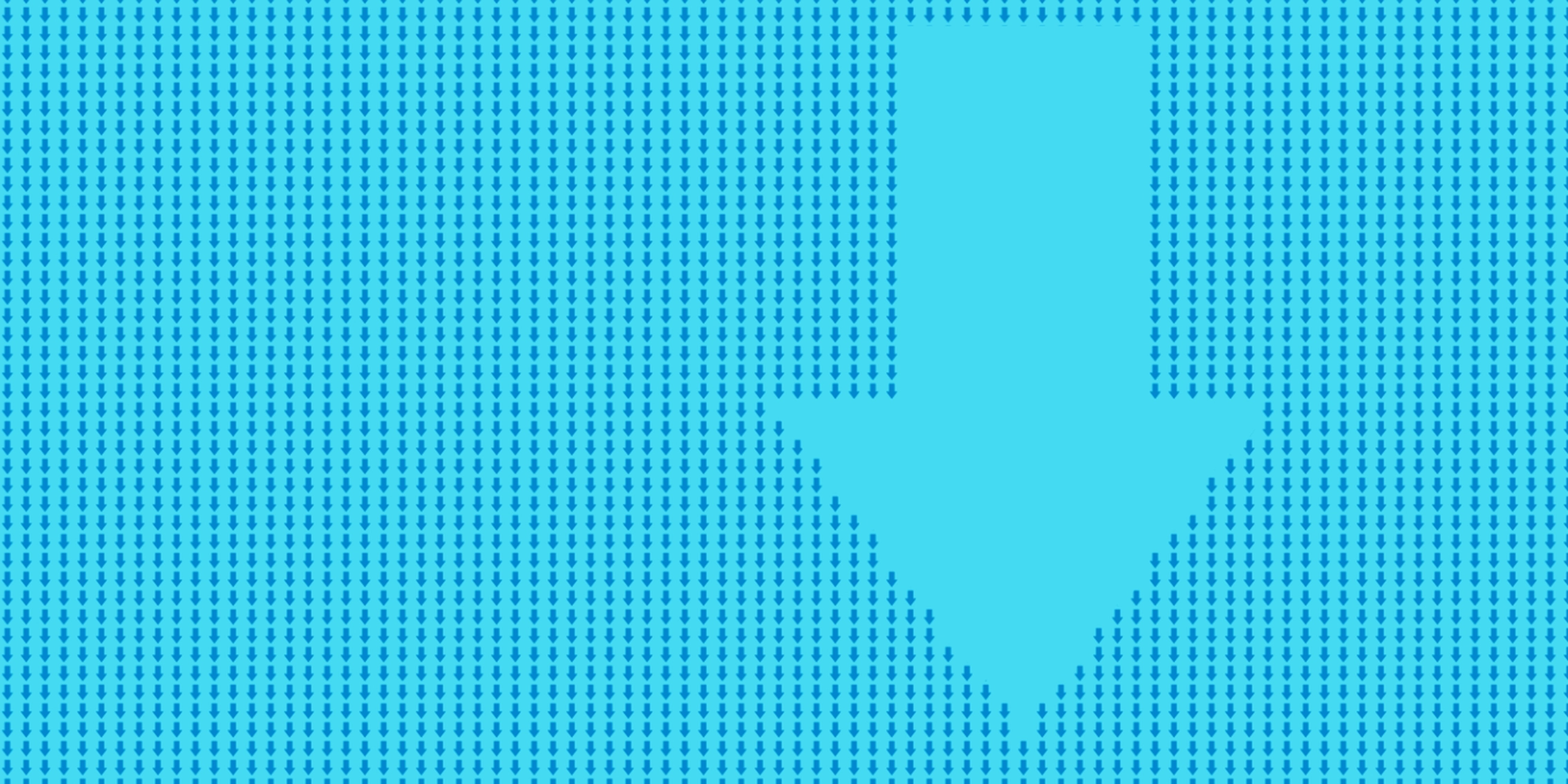 Welcome to the First Amendment's ugly side.

The first thing that stuck me as odd about Reddit’s r/ferguson community was how empty it is.

Every social media platform, from Facebook to Twitter, has percolated with information about the endless waves of protest and violent police crackdowns that have battered the St. Louis suburb of Ferguson, Mo., for over a week. Reddit was no exception. It seemed like every third link on the site’s front page was about racism, police brutality, or the struggle on the part of millions of Americans to make sense of events that left an unarmed African-American teenager lying in a pool of his own blood in the middle of the street.

On the subreddit supposedly dedicated to the events unfolding in Ferguson, however, there was barely a trickle of new posts. A handful of stories popped up each day, mostly with a pro-police, anti-protester bent—nothing even remotely resembling the torrent that a regular user of the site might expect. As of Wednesday morning, the subreddit has just under 170 subscribers.

The reason for the surprisingly small amount of traffic going to r/ferguson is relatively simple: The subreddit is operated by racists. 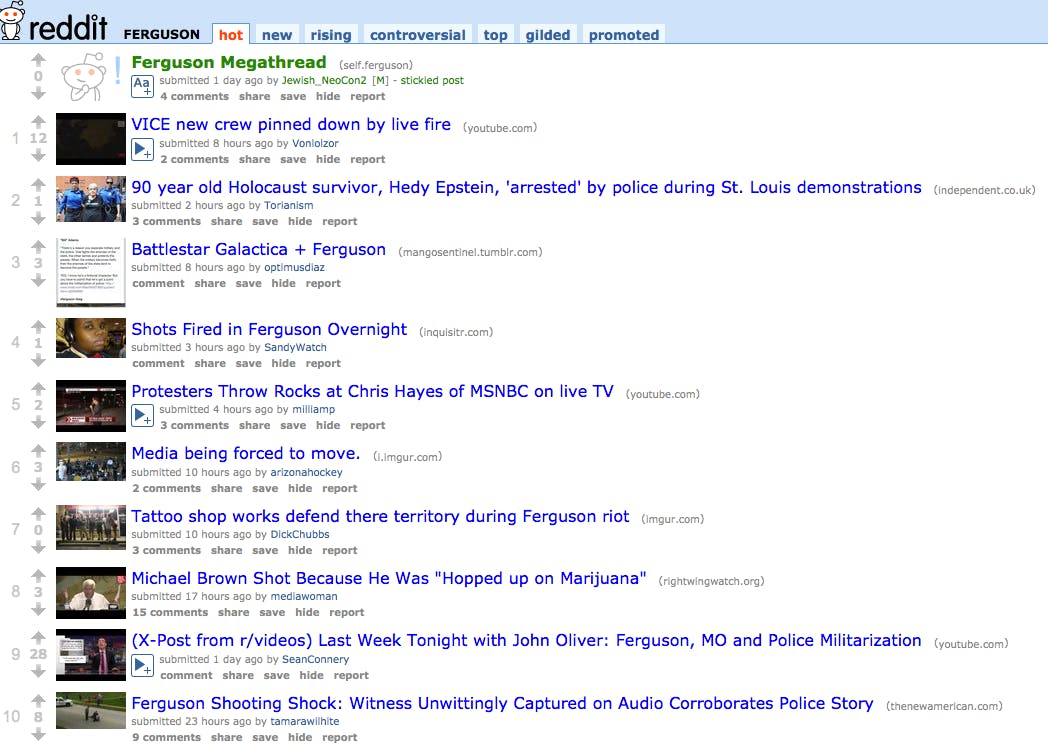 Like r/TrayvonMartin before it, r/ferguson is part of a white supremacist network of 42 subreddits wholly dedicated to bashing African-Americans, who have been labeled by the moderators as the “Chimpire.”

While Reddit collectively prides itself on its tolerance—at least when it comes to things that aren’t Comcast customer service—the existence of r/ferguson, and the flourishing of the entire ?Chimpire” network as a whole, is evidence that the site that bills itself as the ?front page of the Internet” has extremely vocal apostates to its progressive hive mind, viewpoints the site’s administrators have allowed to flourish.

One of the aspects of Reddit that has led the site becoming such a massive traffic-driver across the Internet is its flexibility. Anyone can create their own little community, known as a subreddit, without the pre-approval of Reddit administrators. The r/ferguson subreddit was created by a user who goes by the handle u/Jewish_NeoCon2 on Aug. 11, two days after the shooting death of 18-year-old Michael Brown touched off protests in Ferguson.

Jewish_NeoCon2 told the Daily Dot that he jumped on the virtual estate quickly, essentially to ?squat” it, before it could be created by people with more tolerant views toward African Americans.

Jewish_NeoCon2 is the moderator of 91 other subreddits. While some of those subreddit are fairly mainstream, like r/media, most of them are inside ?The Chimpire.” Jewish_NeoCon2 announced the creation of the network in a post last month, saying it came out of rapid growth of the anti-black, white supremacist subreddit r/GreatApes:

This [r/GreatApes] subreddit has been experiencing exponential growth lately. We feel it’s time to expand our sphere of influence and lebensraum on reddit. Thus we have decided to create The Chimpire, a network of n****r related subreddits. In addition to just r/GreatApes, this mean we now have a large plethora of subreddits to link and discuss n****r content targeted aimed more specific topics.

r/GreatApes will function like it always has while we’re now expanding for more activity, content and quality. Want to read people’s experiences with n****rs? There now is an affiliated subreddit for it. Want to watch chimp nature documentaries? We got it. N****r hate facts? IT’S THERE. World Star Hip Hop? Oh yes you bet we got videos of ghetto n****r fighting each other. N****r drama on Reddit? There’s a sub. Sheboons? Gibsmedat.

The subreddits within the network are a hive of racism. There are communities dedicated to mocking black music, promoting racist cartoons, and one called r/WatchN****rsDie, where users revel in video footage of black people being gruesomely killed.

A link appearing near the top of Jewish_NeoCon2’s post announcing the creation of the network directed users to a page asking them to recount the incident that was the ?last straw” before they admitted to themselves that they truly hated black people.

?As to why people are interested in /r/GreatApes, Westerners (and Americans especially) are given an unrealistic view of blacks where they are presented as a race who are just like Europeans but stricken by poverty and racism with the result their gigantic crime problem, single black welfare mom, the missing black father syndrome, school dropout rate and poor academic performance and their violence,” Jewish_NeoCon2 told the Daily Dot, adding that the network has somewhere in the neighborhood of 10,000 subscribers.

While most posts on r/ferguson don’t generate very many comments, the ones that are left there do tend to adhere to the overall anti-black sentiment of the entire racist network. This screenshot shows some of the top comments on a video showing a group of activists in Chicago protesting the police’s use of force in Ferguson.

Reddit’s administrators have long and conflicted history with unsavory content on the site.

Last year, Reddit staffers shuttered the popular r/n****rs subreddit; however, they insisted the closure was because the subreddit’s moderators broke too many of the site’s main rules— spam, child pornography, vote manipulation, and sharing other users’ personal information—rather than anything having to do with the promulgation of hate speech.

“This particular subreddit and its moderators repeatedly broke key site rules, and as a result were banned from the site,” Reddit Community Manager Alex Angel told the Daily Dot at the time. ?We would do this for any subreddit found to be breaking our site rules; the banning of r/n****rs was not a special case.”

Reddit views itself as a bastion of free speech and, as a result, has been loath to censor anything that neither violates its central tenets nor runs afoul of the law. Staying true Reddit’s ideals of not favoring one type of content over the other, Jewish_NeoCon2 insists he has never been contacted by a site administrator about anything he’s ever posted to the site.

This stance of radical openness has drawn criticism not just from many of the site’s average users, but from celebrities like William Shatner. In a private thread with the site’s admins last year, the Star Trek actor slammed Reddit for providing fertile grounds for hate speech to flourish:

Reddit has been the first ‘mainstream’ site that I have been to that actually appears to allow racists and other hate mongers to group, congregate, incite and spread their hatred. There’s entire subreddits that allow it. What mainstream sites do you think are more racist?

I don’t pretend to know where the managers of Reddit wish to go with this site, but embracing that kind of culture I feel is counterproductive to where this world is heading and I think that is probably hurting this site.

Representatives from Reddit did not respond to requests for comment about r/ferguson and other openly racist subreddits.

In the early 1990s, digital activist John Gilmore told Time that “the Net interprets censorship as damage and routes around it.”

A similar argument can be made about how Reddit handles this type of blatant, unabashed racism. The site automatically steers most users away from it, because it lacks the popularity of more mainstream subreddits, and the vast majority of users who do somehow stumble across it quickly back away, confused and disgusted. Nevertheless, it’s there, bubbling just below the surface, waiting for someone curious about the news coming out of Ferguson to suddenly tumble down Reddit’s rabbit hole of hate.