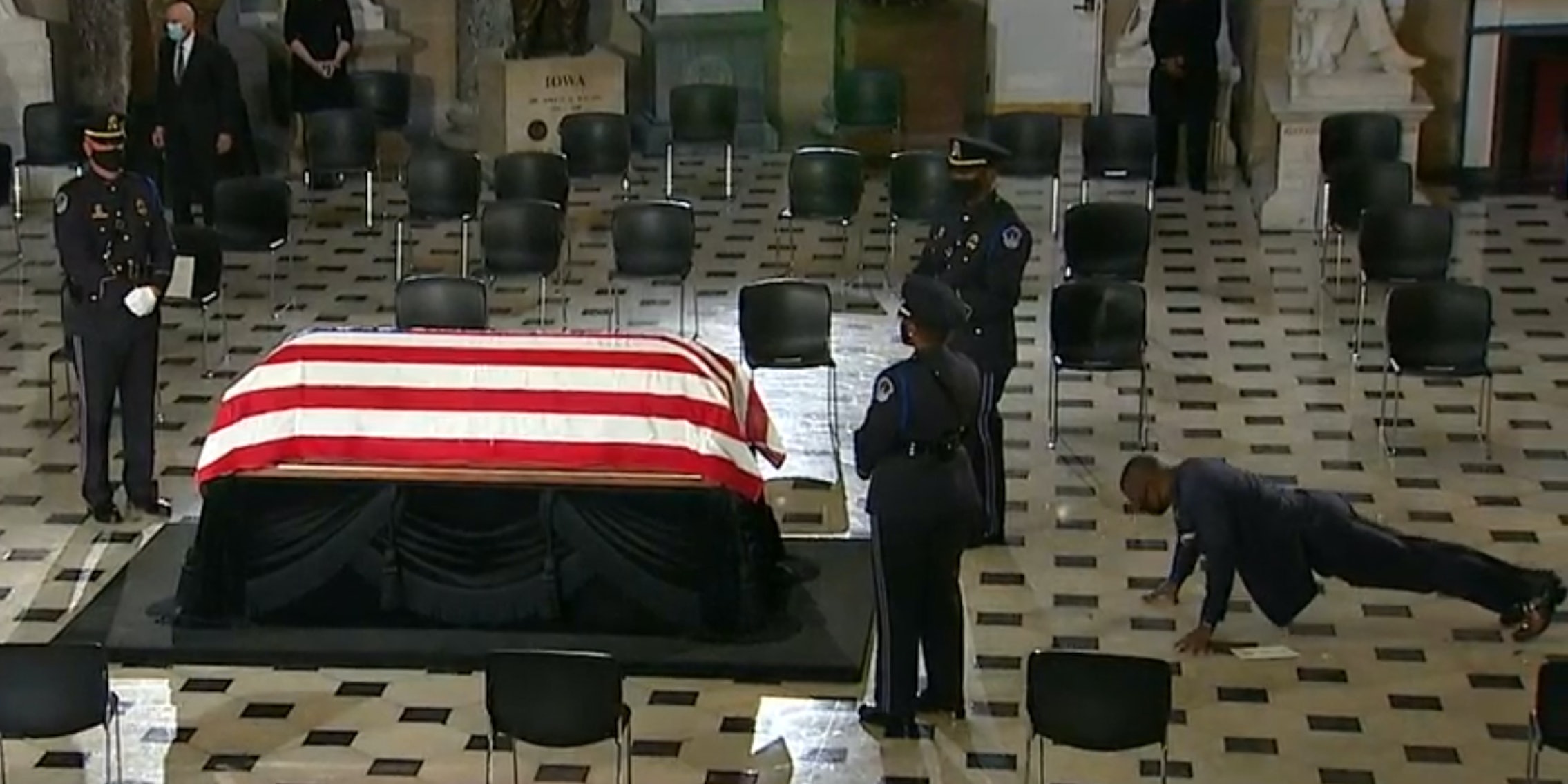 Former Supreme Court Justice Ruth Bader Ginsburg became the first woman to lie in state at the U.S. Capitol on Friday, and her personal trainer honored her by doing a final few pushups as tribute.

People online loved the tribute, as her workout routine became part of the viral persona Ginsburg had amassed. Ginsburg, a champion of women’s rights, died at 87 one week ago.

Bryant Johnson, her personal trainer, worked with the Supreme Court justice for more than 20 years. She continued her push-ups into her 80s after battles with cancer, according to USA Today.

On Friday, Johnson approached the casket, looked around, dropped to the floor, and gave Ginsburg three last pushups.

Ginsburg worked out with Johnson twice a week for an hour according to a Politico report in 2017. Reporter Ben Schreckinger simulated her workout and said “it nearly broke me.”

Johnson detailed her workout in his book The RBG Workout: How She Stays Strong…And You Can Too!

People on Twitter reacted with a lot of emotion at Johnson dropping in front of Ginsburg’s casket to do push-ups. Many people called the tribute a “great way to honor” the Supreme Court justice.

Ginsburg lying in state at the Capitol is part of the ongoing proceedings to honor her. Yesterday, her casket was at the Supreme Court.