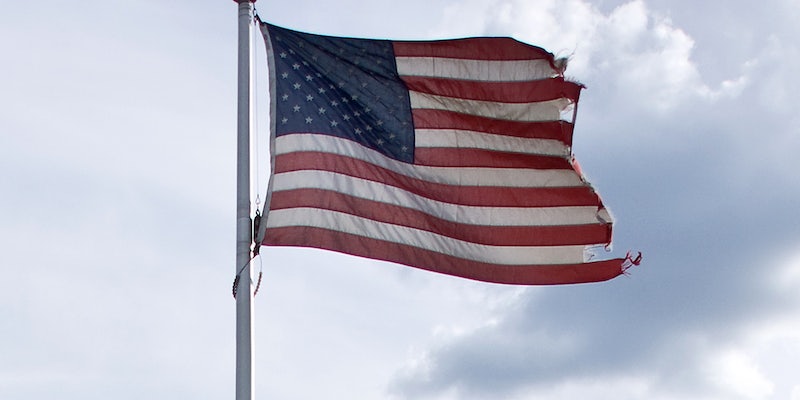 The bill will eventually pass, but not in time.

Sen. Rand Paul (R-Ky.) used the Senate‘s arcane rules to force government spying powers to expire for the first time since Sept. 11, 2001, blocking a bill to reform and extend those powers in a tense Sunday session.

The failure of the USA Freedom Act leaves Congress with no options for averting the midnight expiration of the USA Patriot Act‘s controversial Section 215 and two other surveillance provisions. The reform bill, which the House passed before leaving town for a week-long recess, would end the government’s bulk collection of Americans’ phone records under Section 215 while leaving the other two provisions intact.

At first, things seemed to be moving smoothly. The Senate voted overwhelmingly (77-17) to proceed to final passage of the USA Freedom Act, invoking a step known as cloture, after Senate Majority Leader Mitch McConnell (R-Ky.) acknowledged that the bill was “now the only realistic way forward.”

But cloture motions must “sit” for 30 hours unless no senator objects to moving forward to a full vote on the bill at hand, and Sen. Rand Paul (R-Ky.) indicated that he would object. Because of his procedural move, the Senate cannot vote on final passage of the bill until 2am ET Tuesday, at the earliest.

The Senate is almost certain to pass the bill at that point, but by then, the three Patriot Act provisions will have been defunct for more than a day.

“This is a victory no matter how you look at it,” Paul said in a statement. “It might be short lived, but I hope that it provides a road for a robust debate, which will strengthen our intelligence community, while also respecting our Constitution.”

“The expiration of the NSA’s sweeping, all-encompassing and ineffectual powers will not relinquish functions necessary for protecting national security,” Paul said. “The expiration will instead do what we should have done all along—rely on the Constitution for these powers.”

Sunday’s procedural meltdown was the second narrow defeat for the USA Freedom Act. In a late-night session on Friday, May 22, the bill fell three votes short of an initial procedural step after McConnell lobbied hard against it.

McConnell had harsh words for Paul and like-minded critics of government surveillance. He accused them of conducting a “campaign of demagoguery and disinformation” leading to widespread public opposition to the bulk-records program. But McConnell seemed isolated during the last-minute session, as his colleagues reproached him for delaying the surveillance fight for so long.

“We’re in this mess today because of the majority leader,” said Minority Leader Harry Reid (D-Nev.). “My friend from Kentucky simply didn’t have a plan. That’s why we’re here.”

The Senate’s failure to meet its deadline was a blow to President Obama, whose administration has warned for the past week that the country would be vulnerable if the USA Freedom Act did not pass.

The White House expressed its disappointment in a statement released late Sunday.

“We call on the Senate to ensure this irresponsible lapse in authorities is as short-lived as possible,” the administration said in its statement. “On a matter as critical as our national security, individual Senators must put aside their partisan motivations and act swiftly.”

Although the expiration of surveillance authorities by legislative inactivity is nearly unprecedented in U.S. history, the practical consequences are likely to be minimal. Despite the administration’s suggestions, the three soon-to-expire authorities—Section 215, the “roving wiretap” authorization, and the “lone wolf” provision—are not considered vital to national security.

The NSA considers the Section 215 bulk records-collection program “very expensive and very cumbersome,” according to officials who spoke with the Daily Beast, and many inside the agency have harshly criticized its basic design. Even before it became clear that the USA Freedom Act would not pass, the government began shutting down the bulk-records program to comply with a federal court’s ruling that the Patriot Act had never authorized the program in the first place. The final shutdown procedures began at 4pm ET Sunday in order to comply with the midnight expiration.

“Throughout the program’s existence,” the New York Times reported on Thursday, “it has never thwarted a terrorist attack.”

The lone-wolf provision, which let the government spy on foreigners without proving that they are connected to terrorist groups, was never used, White House Press Secretary Josh Earnest told reporters on Friday. And while the roving-wiretap provision, which lets the government obtain one “roving” warrant that covers all of a target’s devices, is used occasionally, it is not irreplaceable. Two former intelligence officials told the Daily Beast that there are probably ways to achieve the same goal using other laws.

“At a time when the threat of terrorist attacks at home and abroad is higher than ever, it’s unconscionable that these national security tools can no longer be used, particularly since the reason is to advance the political ambitions of one person,” Feinstein said in a statement.

The leaders of the House Judiciary Committee struck a similar tone in a statement released shortly before the Senate formally adjourned for the evening.

“Because of Senate’s irresponsible inaction, three national security provisions will expire at midnight,” House Judiciary Committee Chairman Bob Goodlatte (R-Va.), Committee Ranking Member John Conyers (D-Mich.), and two subcommittee leaders said. “We urge the Senate to act as expeditiously as possible to approve the USA Freedom Act, without amendment and without delay, so that we protect Americans’ civil liberties and our national security.”

Civil-liberties groups, meanwhile, cheered the Senate’s movement toward passage of the USA Freedom Act. “We celebrate this important step and thank the activists who have fought so hard for this victory,” Amie Stepanovich, U.S. Policy Manager at Access, said in a statement.

Kevin Bankston, policy director at New America’s Open Technology Institute, called the expiration of Section 215 “a huge victory” for the reform movement but said that “surveillance reformers shouldn’t break out the champagne yet.”

“This is a narrow and likely temporary victory affecting only one aspect of the NSA’s spying authority,” Bankston said in a statement.

Some privacy groups went even further in celebrating Section 215’s demise. Fight for the Future, CREDO, and Demand Progress, three of the most liberal groups in the surveillance reform debate, called the USA Freedom Act “a mass surveillance bill dressed up as a reform bill.”

“With the expiration of Section 215 of the Patriot Act, each senator must now go on record and publicly decide whether to protect our civil liberties or codify unconstitutional government spying all over again through the USA Freedom Act,” said David Segal, Demand Progress’ executive director.

The ACLU similarly criticized the USA Freedom Act and said that more work needed to be done on reform legislation. “Congress should take advantage of this sunset to pass far reaching surveillance reform, instead of the weak bill currently under consideration,” said Michael Macleod-Ball, acting director of the group’s Washington office.

The Information Technology Industry Council struck a more moderate tone, pushing back on the idea that the expiration of the provisions was a good thing.

“Tonight’s strong bipartisan vote to begin debate on the USA Freedom Act shows that neither a sunset nor the status quo is an acceptable outcome,” said ITIC President and CEO Dean Garfield. “We again urge Senators to pass the USA Freedom Act and eschew any harmful amendments.”

Reform Government Surveillance, a tech coalition that includes major companies like Google, Microsoft, and Twitter, also urged the Senate to continue its work on the bill.

“The expiration of certain authorities tonight should not stop consideration of the bill, especially as the legislation contains significant reforms beyond the expiring provisions,” the group said in a statement. “Congress should act to pass USA Freedom this week.”

While it was most famous for the bulk-records collection program, Section 215, colloquially referred to as the “business-records provision,” also let law-enforcement agencies make more conventional records requests. The government has gathered everything from gun-purchase histories to tax records by presenting businesses with warrants issued under Section 215. It is unknown how—or even if—that kind of collection will continue now that Section 215 has expired.

The White House does not have a “Plan B” to help the spy agencies replace the powers they are about to lose, Earnest said at Friday’s press briefing.

“If faced with a scenario in which they have some of these tools taken out of their toolbox,” he said, “they will try to use all the tools that they currently have to do what’s necessary to keep us safe.”

But in the end, the administration’s warnings failed to sway Paul, who promised that he would keep fighting the Patriot Act by whatever means necessary.

“Mark my words,” he said on the Senate floor. “The battle is not over.”

Photo via Staben/Wikipedia (CC BY SA 3.0) | Remix by Jason Reed