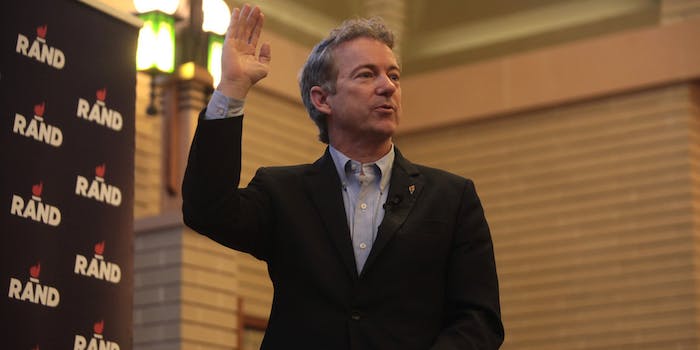 'Today, I will end where I began.'

Sen. Rand Paul has ended his campaign for president of the United States.

“It’s been an incredible honor to run a principled campaign for the White House,” Paul said in a statement released Wednesday morning. “Today, I will end where I began, ready and willing to fight for the cause of liberty.”

Despite Paul’s impassioned base of libertarian supporters, the freshman Kentucky senator struggled to break into the upper ranks of the crowded GOP presidential race. His national poll numbers rarely broke above single digits, and he came in fifth in Monday night’s Iowa caucus, earning one delegate and 4.5 percent of voters’ support.

Paul based his campaign on his interpretation of strict constitutional principles, small government, and individual rights.

While he has suspended his presidential ambitions, Paul said he would seek reelection as senator in Kentucky.

“Brushfires of liberty were ignited,” Paul said, “and those will carry on, as will I.”