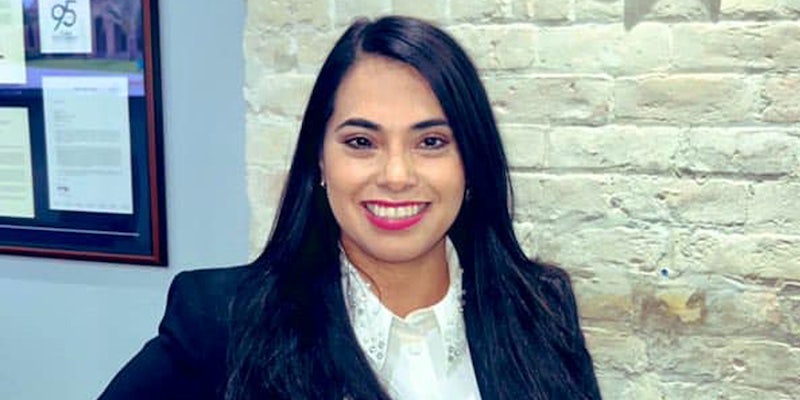 But the conspiracy theory's central claims are now central to Republican politics.

Political candidates who have expressed support for the QAnon conspiracy theory lost big on election night after the predicted red wave failed to materialize.

While the movement’s biggest cheerleader in Congress was able to retain her seat, as Rep. Marjorie Taylor Greene (R-Georgia) cruised to an easy victory, many up-and-comers were roundly rejected by the electorate.

Although a number of QAnon-linked candidates were novices and expressed outlandish ideas, the hope was that an expected energy for Republicans in the wake of high inflation and a floundering economy would paper over their blemishes and beliefs and catapult them into Congress. But the opposite happened.

Ohio Republican J.R. Majewski, who once stated that he believed “in everything that’s been put out from Q,” lost to Rep. Marcy Kaptur (D-Ohio).

“There’s about 30 percent of the votes still to go, we’ve got a ways to go,” he told supporters on Tuesday evening. “Have faith, we’re gonna, uh, of course, we’re gonna have faith and have patience. We’re gonna wait until every vote counts, right?”

In the wake of the defeats, a number of prominent Republicans online decried candidate quality, realizing that the conspiratorial, election denying aura pervasive in the Republican party did not appear to ingratiate itself with the voting populace.

Other candidates appear to be holding out hope as well. Rep. Lauren Boebert (R-Colo.), another prominent QAnon-linked politician, was trailing behind Democrat Adam Frisch as of Wednesday afternoon. With 93% of the vote counted, Frisch led with 50.6% to Boebert’s 49.4%

A loss for Boebert would represent a significant blow to QAnon’s presence in Congress. But QAnon’s biggest political promoters losing their races does not signal an end to the conspiracy theory.

The outlandish beliefs that originated with the QAnon movement have now become central to Republican politics. QAnon has evolved to no longer need Q, the conspiracy theory’s de facto leader, and if Republicans do take the House, Greene is set to take a powerful role.

She may not have a caucus, but it might not matter as long as she has a gavel.