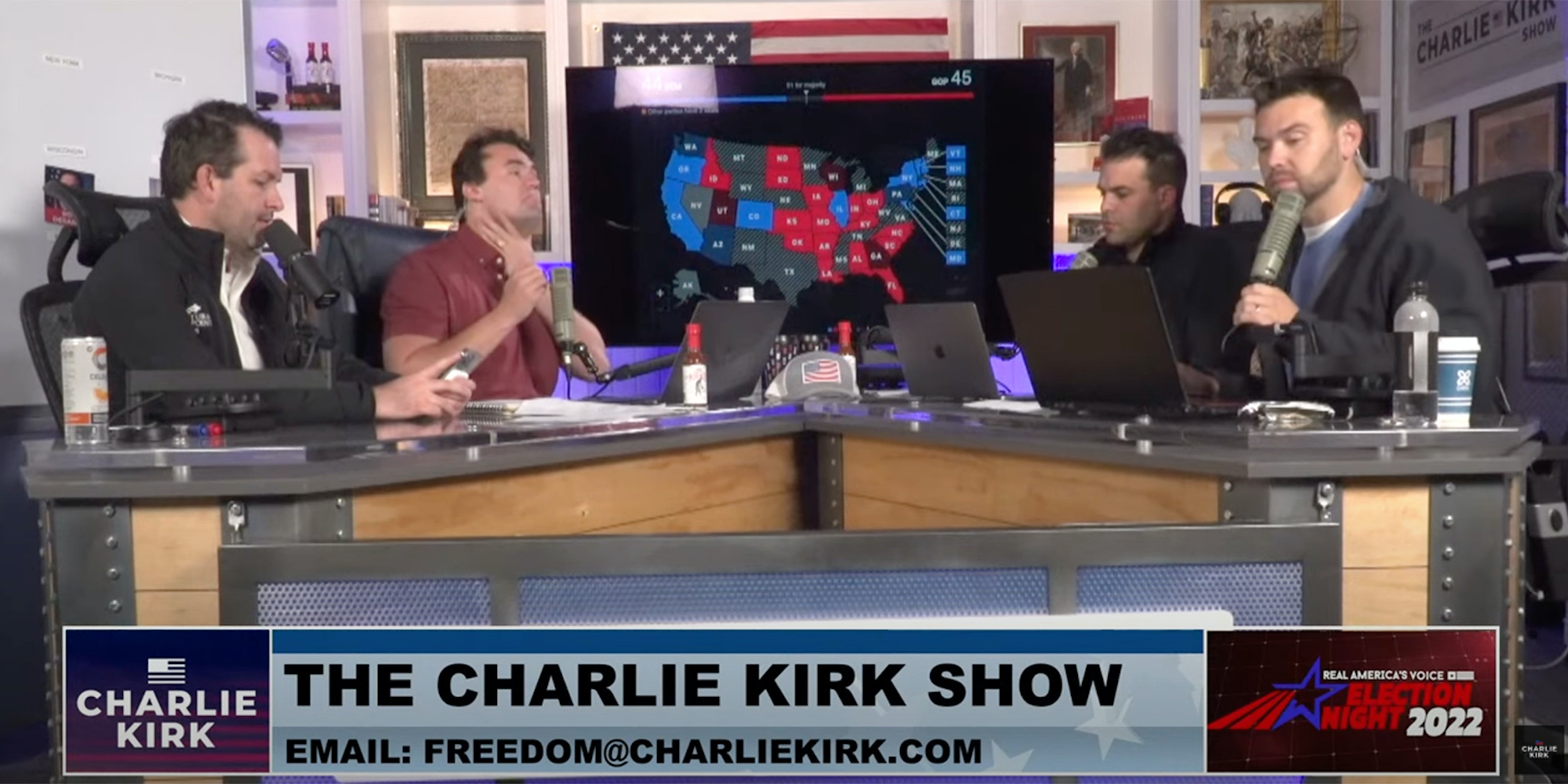 ‘The Republican party outside of Florida has no message’: Right-wing cope is all over the internet as ‘red wave’ dissipates

Elections are difficult to predict. Any Republican who supported former President Donald Trump as the 2016 election approached and saw nothing but poll after poll predicting a blowout Hillary Clinton victory should know that. Expectations should always be tempered. Measured.

Still, it’s not hard to get your hopes up. And yesterday, Republicans had their expectations sky high. A flurry of last-minute polls all pointed to one thing. A red wave. Massive gains in the House of Representatives and a potential Senate victory, given them a resolute bulwark against the liberal excessive of President Joe Biden.

Although a number of races have yet to be called, it wasn’t the night they hoped for. Not even close. The Senate will probably stay Democrat, and if a few more races break left, Republicans might not even get a House majority.

They may not even get a chance to subpoena Hunter Biden.

And all last night, as votes weren’t going in their favor, with a few important Virginia seats not flipping early, Senator-elect John Fetterman building up a massive lead in Philadelphia, and Blake Masters underperforming Trump’s 2020 in Arizona, conservatives were losing it. The five stages of grief all played out online as they realized that the voters they’d assumed were in love with their absurd policies like bombing hospitals and banning Hop on Pop were perhaps not as enthusiastic as they were.

Before votes were counted, Matt Walsh, who became a prominent actor this election with his anti-trans agenda, declared that his efforts has been enough to resoundingly defeat Democrats.

“The pollsters may not be asking about it but there’s no doubt that the Democrat Party was partly doomed by its decision to go all in on gender ideology. We successfully made this a losing political issue for them,” he wrote.

Hours later, the party that he’d propped up was losing to “literally brain-damaged candidates.” (His own words.)

Alas. And while Walsh was upset about the quality of the Democrat Dr. Memhet Oz lost to, a number of right-wingers were miffed at their own standard-bearers who made it through the primary.

Charlie Kirk, who earlier in the day began spreading rumors about ballot fraud, was trolled by screenshots from his live stream, with the right-wing pundit looking more and more exasperated.

Over on Gab, a loss by the right-wing social media site’s handpicked antisemite, Doug Mastriano, caused an avalanche of slurs and hate speech. In Colorado, Rep. Lauren Boebert (R-Colo.), one of the right’s biggest firebrands, was expected to cruise to reelection. Instead, her race is too close to call. Photos from her victory party, when the first batch of ballots came in and showed her competitor Adam Frisch, leading, quickly went viral.

Some Republicans even got so amped beforehand they thought they had a chance to take the governor’s house in New York. Which didn’t happen. Now, people are pledging they’ll never visit.

And in perhaps the biggest upset of the night, a number of conservatives declared they were finally done with Trump, the party’s standard bearer for the past seven years.

To be fair, the night wasn’t a complete loss for Republicans, and maybe even a victory. They may still take both houses of Congress, just not with the kind of margins they wanted. And they emerged with a new standard bearer for 2024 in Florida Gov. Ron DeSantis (R), who is riding a wave of momentum after a massive re-election victory.

But those facts don’t align at all with their feelings this morning.