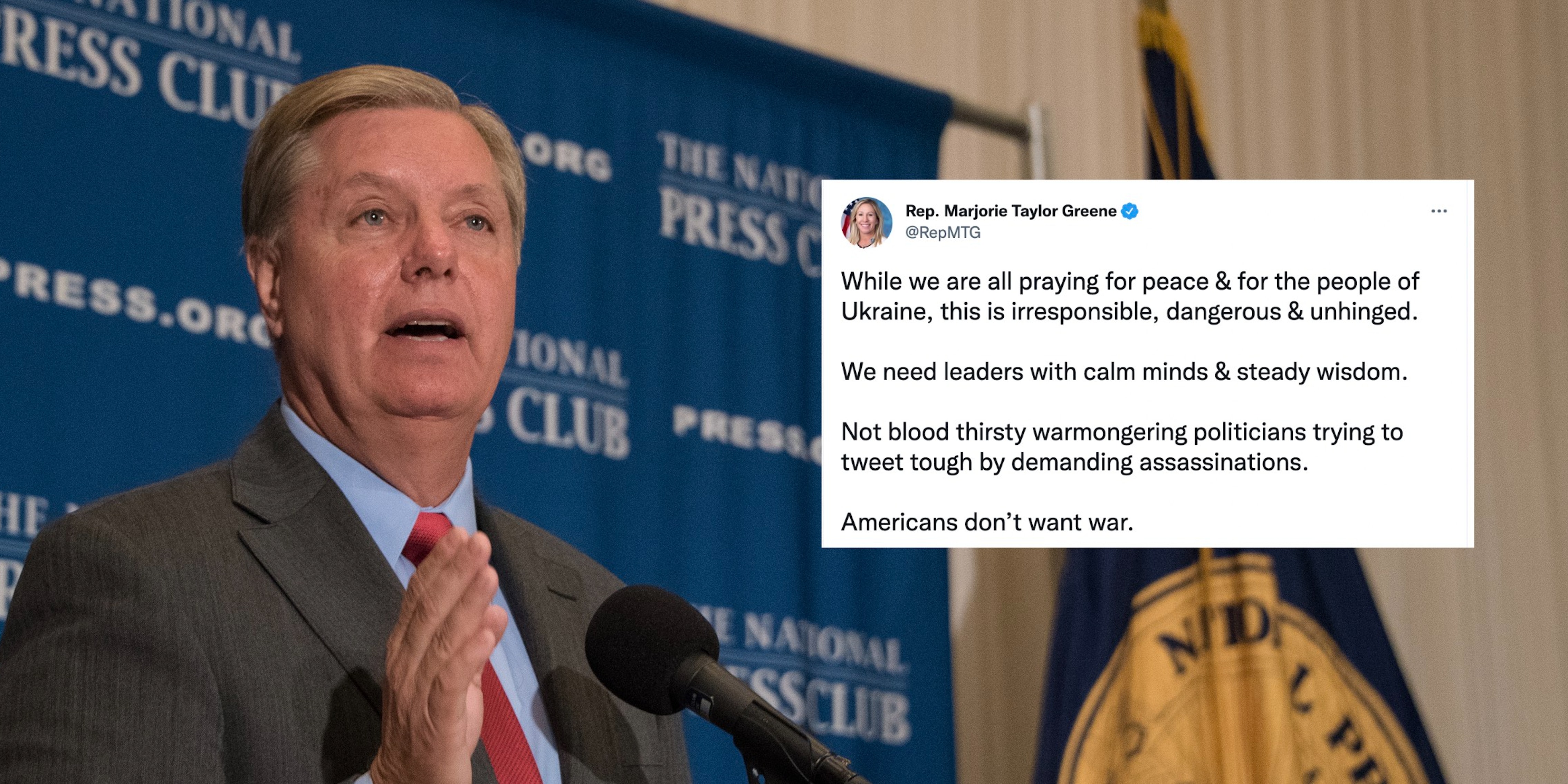 Perhaps, if you are a sitting U.S. senator, the top of the list of things you shouldn’t do in a volatile situation that has the potential to spiral into a global conflagration is call for the people of a nuclear superpower to try and kill their president.

But here is Sen. Lindsey Graham (R-S.C.) calling for Russians to assassinate Vladimir Putin. On Twitter, no less.

“Is there a Brutus in Russia?” he asked, highlighting the man who killed Caesar. “Is there a more successful Colonel Stauffenberg in the Russian military? The only way this ends is for somebody in Russia to take this guy out. You would be doing your country – and the world – a great service.”

Graham also made the same comments in an interview on Fox News.

While it may not be technically against the terms of service of Twitter, it was a comment that was met with almost universal condemnation. Those on the far-right side of the spectrum called Graham an incompetent war-monger for trying to goad the U.S. into a conflict most America First-types are not interested in getting involved in.

And those are the left called Graham, well, an incompetent war-monger as well for using Twitter to directly call for the assassination of a head of state.

In perhaps even the most stunning rebuke, Rep. Marjorie Taylor Greene (R-Ga.), who is known for her own unhinged tweets, called Graham “unhinged.”

Now that’s when you know you’ve gone too far.