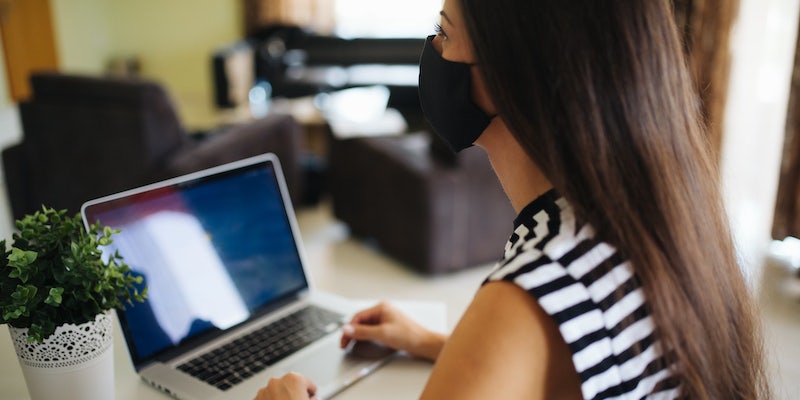 Fight for the Future characterizes the subpoena as an attempt to 'silence' critics.

A test proctoring software company that monitors students for cheating has subpoenaed a digital rights nonprofit for all its communications about the proctoring software industry. The nonprofit, Fight for the Future, characterizes Proctorio’s subpoena as an attempt to use the legal system to silence critics.

The subpoena is associated with an ongoing legal dispute between Proctorio and Miami University student Erik Johnson over the latter’s tweets critical of the company, the Verge reports.

Proctorio’s software uses students’ webcams to record them taking tests and monitor them for signs of cheating, known as eproctoring. Eproctoring exploded in use when the COVID-19 pandemic forced millions into remote learning.

Fight for the Future is among the many critics of Proctorio specifically, and eproctoring, generally.

Such critics have concerns about privacy infringements and whether the software discriminates against marginalized students.

“They demonstrate systemic bias against non-white students by using racist algorithms that are less able to detect dark-skinned faces, are harmful for students with testing anxiety, discriminate against students with disabilities as well as low-income students and students with children,” Fight for the Future said in a statement about the subpoena.

In addition to being critical of eproctoring, Fight for the Future maintains a site that tracks which colleges use it and encourages students to oppose it. It also has a satirical site that compares Proctorio’s software to a proctology exam.

Proctorio has aggressively defended itself against critics. The company is involved in another legal dispute with Ian Linkletter, who also criticized the company on Twitter.

Fight for the Future is still asking the court to deny the motion entirely, in part on the grounds that it’s not a party to the litigation and also because it says the request is overly broad.

In a statement, the nonprofit characterized Proctorio’s subpoena as an attempt to “intimidate and gain access to the strategies of digital and human rights advocates who highlight the harm of Proctorio’s business practices.”

“This subpoena amounts to a fishing expedition. It’s a form of harassment clearly intended to silence critics of Proctorio and its CEO,” it said, adding, “We will not be silenced or intimidated.”

In a response to the Daily Dot, Proctorio disagreed with Fight for the Future’s assertion.

“As is commonplace in civil litigation, Proctorio served subpoenas seeking relevant information from several third-parties with relevant documents, including Fight for the Future—an entity that Mr. Johnson communicated with about subjects at issue in this litigation before he chose to file a federal case against Proctorio,” Proctorio’s attorney Justin D. Kingsolver told the Daily Dot via email. “We seek these highly-relevant documents solely to defend against Mr. Johnson’s baseless claims and to support Proctorio’s counterclaims, in full accordance with the Federal Rules of Civil Procedure.”

“Our subpoena is narrowly tailored to seek only the most essential documents, and we have made every reasonable attempt to work with FFTF’s counsel to narrow the requests even further, but FFTF has refused to engage.”