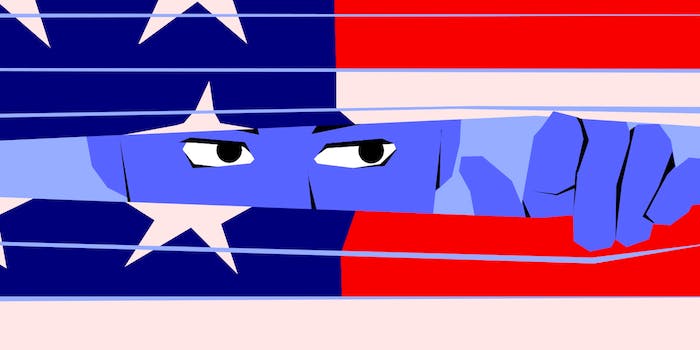 Amid concerns about data privacy and security, Americans stick to technology that offers them tangible benefits.

Americans generally support commonplace forms of surveillance and data mining—at least when they think they’ll get something in return, according to a new Pew Research Center study that sheds light on attitudes toward one of society’s most important balancing acts.

Pew presented its survey respondents with a variety of scenarios and asked them whether they supported or opposed each one. Examples included surveillance cameras in an office building after recent thefts; a grocery store mining and selling customers’ purchase data in exchange for loyalty perks; a social media site delivering ads based on user activity; and a smart thermostat sharing data about in-home activity with its manufacturer.

While most Americans felt comfortable with surveillance cameras in their workplace to deter theft (54 percent) and online medical-records portals (52 percent), they were more cautious when it came to the tradeoffs of social networking and smart appliances.

Slightly more than half of respondents (51 percent) opposed the idea of a social network for high-school reunions customizing its ads based on user activity, while only 33 percent said such an arrangement would be acceptable.

That sharp rejection of the social media scenario might sound odd in light of Americans’ widespread use of Facebook and Twitter—not to mention Gmail, which serves ads based on email content. But Lee Rainie, the director of Pew’s Internet, science, and technology research and a co-author of the study, told the Daily Dot that this finding should be viewed in the proper context.

“People were thinking [that] this is an extra social media platform that they didn’t necessarily need,” Rainie said in an interview. “It wasn’t so much a full-on rejection of social media or the trade-off—‘I share my personal stuff and I get something of benefit.’ It was more, ‘I don’t necessarily know how this would serve me better than the things that I already use.’”

Also notable, given the rise of “smart home” technology, is the fact that only 27 percent of respondents embraced the idea of a remotely controllable thermostat that tracks “the basic activities that take place in your house,” such as movements within and between rooms. More than half (55 percent) of respondents rejected that trade-off, a finding that could spell trouble for an emerging industry that hopes to profit from such data.

Pew found an interesting split between young and old respondents on the social media question, with 40 percent of people younger than 50 saying it was acceptable and only 25 percent of people older than 50 agreeing. While that divide fits the conventional wisdom that young people are more trusting of Internet services than older people, Pew also found that data-mining trade-offs didn’t always break down that way.

“The older people in our sample maybe are more familiar with the health system and maybe [have] some frustrations of trying to interact with their providers in that system,” said Rainie. “A digital platform that gives them a little bit more convenience and a little bit more efficiency might be appealing to them.”

Young people, he said, “might not have had so much contact with the medical system or frustration with their providers, and so they don’t necessarily know why [online records] would be a benefit to them.”