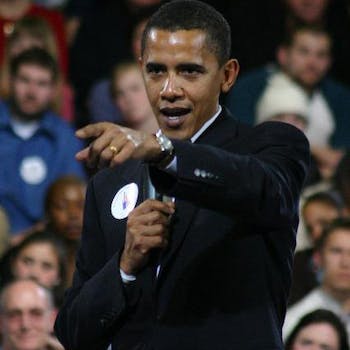 Citing “the fundamental values of privacy and civil liberties for our citizens,” an official statement from the White House says that “if [CISPA] were presented to the President, his senior advisors would recommend that he veto the bill.”

This comes one day after CISPA received a slight makeover to address concerns over user privacy, which was met with mixed reactions.

The Obama administration has hinted several times that it didn’t care for the bill.

On April 17, the White House’s National Security Council released a statement on cybersecurity bills in various stages of legislation. By far the most notorious and furthest along in the legislative process is CISPA, which is scheduled for a vote in the House of Representatives on Friday.

That statement never mentioned CISPA by name, but it did echo common criticisms of the bill and said that such legislation “would not meet our nation’s urgent needs.” The administration has previously hinted that it prefers a different cybersecurity bill, known as Liberman-Collins.

On Tuesday, soon before CISPA’s latest amendments were made public, The Guardian released a statement from Alec Ross, a senior advisor to Secretary of State Hillary Clinton. He said unequivocally that “the Obama administration opposes CISPA,” and that while it’s looking for cybersecurity legislation, CISPA doesn’t do enough to protect individuals’ privacy rights.

The House Intelligence Committee, which is responsible for CISPA’s authorship, released a counter-statement through its chairman, Mike Rogers, and ranking member, Dutch Ruppersberger. They defend the bill and stress the amendments they were willing to make for the sake of citizens’ privacy.

“We would also draw the White House’s attention to the substantial package of privacy and civil liberties improvement announced yesterday,” they wrote. “Congress must lead on this critical issue and we hope the White House will join us.”

The bill is scheduled for a House debate Thursday and a vote Friday.