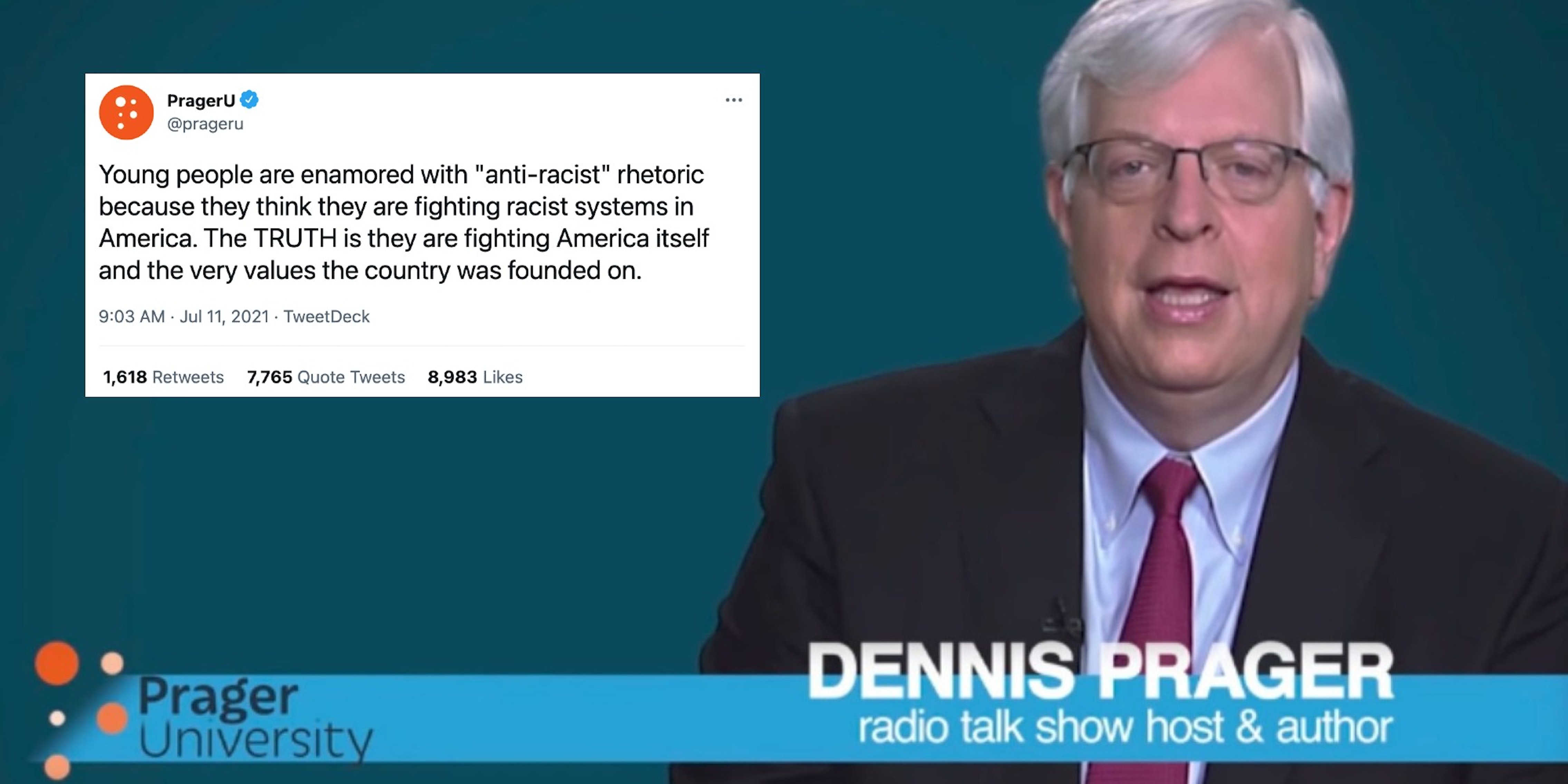 The conservative media company PragerU is being ironically praised by progressives on Twitter after sharing a tweet about racism and America.

In remarks made on Sunday, PragerU argued that anti-racist activists were not only fighting against America but its founding values as well.

“Young people are enamored with ‘anti-racist’ rhetoric because they think they are fighting racist systems in America,” PragerU tweeted. “The TRUTH is they are fighting America itself and the very values the country was founded on.”

While PragerU clearly meant to push back on arguments from young Americans concerning systemic racism, the wording of the tweet was seen by many as an inadvertent admission that America’s founding was clearly tied with racism.

“This may be the greatest self-own in Twitter history and the only people who don’t know it are the students & faculty at PragerU,” @AlyssonFergison said.

PragerU ultimately became a trending topic on Twitter as a result, with thousands of users weighing in on the company’s tweet.

“PragerU gets it,” @HeerJeet said.

But defenders of PragerU, such as popular conservative commentator Ben Shapiro, attempted to push back.

“The dunking on this tweet is based on deliberate and dishonest misunderstanding of the phrase ‘anti-racist’ here, which is in scare quotes because it refers to the pseudo-racism of Ibram X. Kendi, Robin DiAngelo, and others,” he tweeted. “But dishonesty is the goal for the ‘anti-racist’ Left.”

The majority of tweets, however, appeared to laugh at the slip-up. Many also used the current controversy around Critical Race Theory (CRT) to poke fun at PragerU.

Despite the ridicule, PragerU’s tweet, which has more than 10,000 shares, remains up.